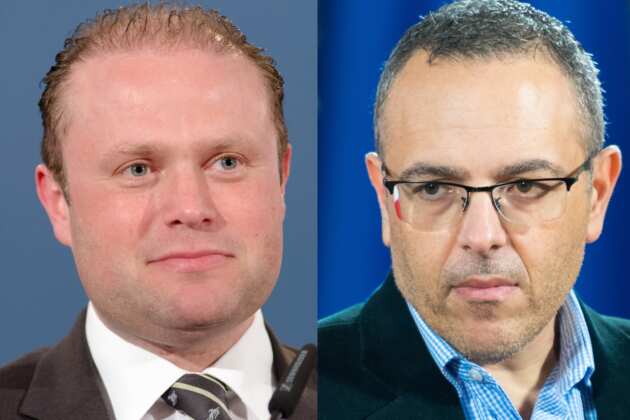 The Prime Minister’s defence of his chief of staff Keith Schembri raises suspicion, Busuttil explained. Adding that this behaviour makes one suspect that Muscat is complicit. Dubai-based 17 Black belonging to Yorgen Fenech who is one of the main shareholders of the Delimara Power Station was one of two sources of income for the secret Panamanian off-shore company belonging to Schembri. Busuttil noted that the second company’s owner, Macbridge, remains unidentified.

Had the Prime Minister wished to discover Macbridge’s owner, all he had to do was ask his chief of staff, Busuttil stated in parliament. He referred to Monday’s hearing when Schembri ceded the libel suit against Busuttil avoiding to testify under cross-examination. Schembri had repeatedly dodged cross-examination and was ultimately ordered to testify by presiding magistrate Victor Axiaq. He then informed the court that he would ceding the suit.

Busuttil pointed out that from Iceland all the way to Pakistan, Ministers had resigned from their post following the data leak commonly known as Panama Papers. Adding, that in any other normal country within the European Union, the government would collapse, the chief of staff would be under arrest, while the prime minister would be interrogated for insisting on defending his chief of staff.

“So why does this not happen in Malta?” Busuttil asked, as he described what happened in court as extraordinary. He observed that in twenty years he has been in public life he had never witnessed something like that before.

Three and a half years ago, investigative journalist Daphne Caruana Galizia had revealed that Tourism Minister Konrad Mizzi and Prime Minister’s Chief of Staff had opened offshore companies in Panama. He explained that this had led to a protest in which he had said ‘Out, out, out!’ [Barra, barra, barra!]. Busuttil remarked that had it been his chief of staff he would have dismissed him immediately.

Schembri had filed the libel suit on April 1, 2016. Busuttil noted that Schembri ceded the same libel. The former Opposition Leader interpreted the move as one which confirms what he had said about him, that is that he is indeed corrupt.

It took Keith Schembri a year and a half to testify under cross-examination. In 2017, Schembri had taken to the witness stand, hours before Caruana Galizia was assassinated outside her family home in a car bomb on 16 October. Busuttil referred to her last blog post, “That crook Schembri was in court today, pleading that he is not a crook” in his speech.

Caruana Galizia had left her home to go to an appointment at the bank, after her bank accounts were frozen by Economy Minister Chris Cardona who had requested a garnishee order of €46,000 when he filed defamation cases against her.

Opposition MP said that Schembri has postponed testifying under cross-examination for two years, and had to be ordered to turn up in court. He observed that the court insisted that case is heard despite the many attempts not to testify. Busuttil recalled that Schembri told the court that he would not testify as he might incriminate himself.

Muscat’s reaction to the media was a suspicious one, Busuttil noted in his speech. He remarked that Muscat was cagey when asked who owns Macbridge. Commenting on Muscat’s replies to the media, Busuttil said that Muscat lied when he said he did not know who owns Macbridge. Muscat was also hesitant to reply on when did he meet Yorgen Fenech last, initially saying it was one year ago and then replying that he did not recall and could have been a year or two.

In his conclusion, Busuttil urged the public not to give up in their fight against corruption, reminding that Daphne not only had the courage to fight corruption but ended paying with her life. He backed Repubblika’s plans for the public protest on Saturday, saying he would attend, as he urged the Opposition to demand resignations and protest.

“Daphne was murdered but truth has prevailed,” Busuttil said. “We will keep fighting for truth, and justice will prevail,” he concluded.