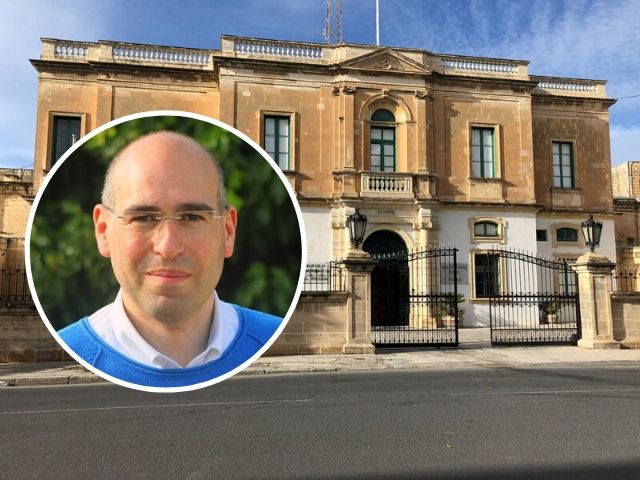 This attempt at blackmail, the MP claimed, was in reaction to his efforts to expose what he described as the corruption of Keith Schembri, Konrad Mizzi and Joseph Muscat.

Stagno Navarra claimed that the MP hindered the police while they were escorting a foreign diplomat a year ago. The MP, he insisted, put a police officer’s life in danger by running a red light and nearly colliding into a police motorbike.

Newsbook.com.mt is informed that the footage shown by Stagno Navarra dates back to the first week of June 2019. Informed sources said that the vehicles shown were unoccupied, save for the drivers, who were heading to a Floriana hotel to pick up a Chinese delegation.

The footage has been in the hands of police since then, and the same sources observed that had Aquilina done anything wrong, there has been plenty of time for the police to act.

Aquilina has strongly denied Stagno Navarra’s allegations, and said that the TV presenter was acting with the blessing of the Prime Minister and the senior police officer.

He noted that Stagno Navarra’s attacks were launched after he insisted on the publication of Joseph Muscat’s resignation letter, asked Ministers and Parliamentary Secretaries to refund the public funds spent on social media advertising, and published the contract through which former Police Commissioner Lawrence Cutajar was appointed consultant to Home Affairs Minister Byron Camilleri.

He observed that the footage showed two Transport Malta officials guiding traffic, instructing vehicles to keep moving in spite of the red light, a common occurrence in the busy December 13 Road in Marsa.

He denied endangering the life of a police officer, stating that the footage clearly showed him observing driving regulations, including the use of an indicator every time he switched lanes.

Aquilina, who has asked to meet the Commissioner for Standards, also denied trying to invoke parliamentary privilege at any point.

The PN has stood by its MP, condemning “Karl Stagno Navarra’s lies and deception.”

But Stagno Navarra has stood by his claims, insisting that he expected the Institute of Maltese Journalists to defend him for revealing a “journalistic scoop.”

“I am a monster that the PN has created, and I am coming for you,” he said.