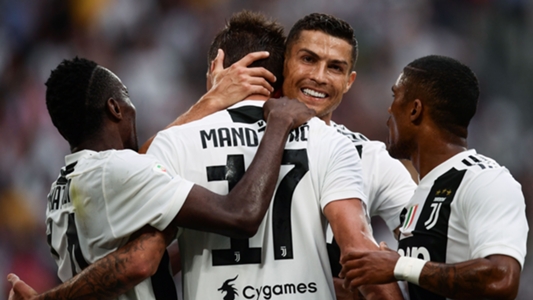 Juventus went top of Serie A with their second win in a row after defeating Lazio 2-0. All eyes were once again on Cristiano Ronaldo but the 33-year-old striker failed to score in his home debut.

Midfielder Miralem Pjanic broke the deadlock after 30 minutes with a brilliant volley that went past Lazio’s goalkeeper Thomas Strakosha. Mario Mandzukic made the score 2-0 in the 75th minute as the Croatian pounced on a rebound after Joao Cancelo’s low cross hit Ronaldo’s heel.

Lazio are still without any points after two Serie A games having lost to Napoli in last week’s match.