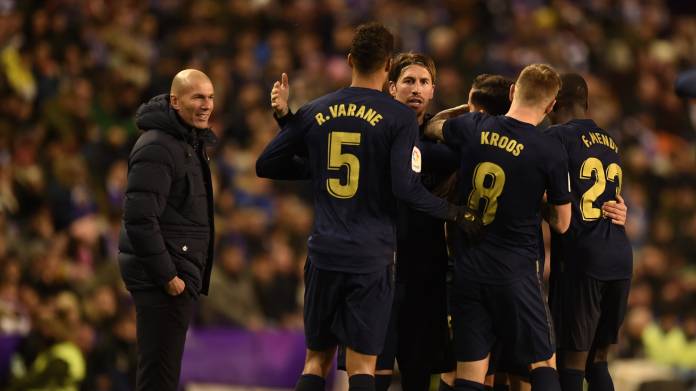 RB Leipzig, unbeaten in 13 matches suffered a shock defeat by mid-table Eintracht Frankfurt. The Bundesliga leaders dominated the game but failed to score for the first time this season. Goals from Almamy Toure and Filip Kostic both scored after the break and gave the hosts a memorable victory. The defeat meant that Bayern Munich moved to within a point of the leaders after beating FC Schalke. It was top scorer Robert Lewandowski who opened the scoring after 6 minutes. Lewandowski has scored 21 goals in the Bundesliga this season. Thomas Muller scored the second for Bayern just before half time. Goretska, Alcantara and Gnabry added another three goals after the break to make the final score 5 – 0.

Third-placed Moenchengladbach hosted Mainz and fell behind to a Robin Quaison goal in the 12th minute. Gladbach turned the game around with a double by Alassane Plea and another goal from Florian Neuhaus. On Friday Borussia Dortmund thumped Cologne 5 -1 and remain fourth in the table. In the first half, goals from Raphael Guerreiro and Marco Reus set the tone for the hosts as they took control of the game. Jadon Sancho added the third three minutes after the restart. The fourth arrived thanks to teenage sensation Erling Haaland who found the net in the 77th minute and then scored his second 10 minutes later, taking his tally to 5 goals in two games. Haaland has become the first player to score five goals in his first two Bundesliga appearances.

The FA Cup fourth round produced some of its traditional magic as Premier League leaders and Champions League holders Liverpool were pegged back to a 2 -2 draw by League One side Shrewsbury Town. This game is highlighted why The FA Cup is special in many ways. The game seemed to be following the script, as a much-changed Liverpool team took an early lead after 15 minutes through teenager Curtis Jones. Their lead doubled 28 seconds after half-time when Shrewsbury’s Donald Love scored an own goal. Liverpool seemed to lose concentration midway through the second half and was punished as Shrewsbury hit back to set up an exciting comeback and earn a deserved replay at Anfield. It was substituted by Jason Cummins who had the compact New Meadow stadium rocking with an extraordinary brace of goals.

Shrewsbury was awarded a penalty in the 65th minute and Cummins coolly slotted home from the spot. His second arrived when he outdid Liverpool’s back four and finished past Adrian with a cool right-foot shot. Earlier on Sunday holders, Manchester City cruised past Fulham with a 4 – 0 scoreline. Their neighbours Manchester United visited League One club Tranmere Rovers in which proved to be an easy victory for the Reds. United was in total control of the game and scored five times in the opening 45 minutes. The second half was a formality as the Reds added another goal from the penalty spot. On Saturday Championship side West Bromwich Albion travelled to the London Stadium and left with a victory over Premier League strugglers West Ham United. An early goal from Conor Townsend was enough to give the Baggies a famous FA Cup scalp.

Juventus suffered their second defeat of the season when they lost in the Sunday night game away to Napoli. It was the first time Maurizio Sari returned to the San Paulo in charge of his new club Juventus. The return was not a happy one as Juventus struggled against a very aggressive Napoli side. The Bianconeri had the chance to go six points clear at the top of Serie A, as both Inter and Lazio had failed to win earlier in the day. The hosts took the lead just after the hour mark when Szczesny could only parry Insigne’s shot into the feet of Zielinski who had put the ball into an empty net. On 86 minutes it was Insigne who doubled the score with a volley that beat Szczesny again. Ronaldo pulled a goal back on 90 minutes; this was his eighth goal in eight consecutive Serie A games.

Napoli held on to the victory which was their first win at the Stadio San Paolo since October. Inter continued to lose points as they were held to their third consecutive 1- 1 draw in an ill-tempered game against Cagliari at the San Siro. The Nerazzurri took the lead when Asley Young making his debut for the club whipped in a cross for Lautaro Matinez to head past Cagliari goalkeeper Cragno into the net. Cagliari got their deserved equaliser their on-loan from Inter midfielder Radja Nainggolan had a shot from 25 metres that was deflected into the net.

Inter finished the game with ten men as Martinez was sent off dissent. In the Rome derby, Roma ended Lazio’s run of 11 straight wins as they held their rivals to a 1 -1 draw. It was Edin Dzeko who put Roma into the lead on 26 minutes after a goalkeeping error. Pau Acrebi made it 1 -1 Roma goalkeeper Pau Lopez gifted the striker an easy tap in after a series of mistakes. Torino suffered the worst defeat at home in their history when they conceded seven goals against Atalanta. La Dea had already registered two 5- 0 wins against Milan and Parma this season but last weekend they suffered a surprise defeat at home to Spal.

Atalanta had a five-goal lead by the end of the first forty-five minutes and scored another two goals late in the game. Josip Ilicic scored a hat-trick one of which from the half-way line when he spotted Torino off his line and lobbed him with a quickly taken free kick. On Friday night Milan continued their positive form with an away victory against Brescia. Ante Rebic was again the hero for the Rossoneri when he came off the bench to score his third goal in two games to give Milan another 3 important points that put them seventh in the Serie A table.

Real Madrid took sole leadership of la Liga, three points clear of Barcelona with a victory at Real Valladolid on Sunday night. The hosts who are five points above the relegation zone made life difficult for Zidane’s men and held on until the 78th minute. The decisive goal was scored by defender Nacho when he headed in from a Toni Kroos assist. Valladolid thought they had equalised late in the game, but Sergi Guardiola’s goal was disallowed for an offside infringement. On Saturday Barcelona suffered their first defeat away to Valencia since 2007 as they suffered a 2 – 0 defeat at the Mestalla Stadium. This was also the first defeat for their new manager Quique Setien. The visitors took hold of the game but were almost non-existent as an attacking force with the hosts having the better chances in the first half. It was goalkeeper Ter Stegen who denied Valencia the lead when he saved a penalty taken by Maxi Gomez. The second half started with Valencia breaking the deadlock when Jordi alba deflected Gomez’s powerful strike past his own goalkeeper. Gomez curled the second for Valencia thirteen minutes from time. Atletico Madrid failed to register a win in four matches after they failed to beat Leganes at the Estadio Wanda Metropolitano in a very nervy game. The visitors were slightly better in the first half and tested Atletico’s goalkeeper Jan Oblak in the first chance of the game on 11 minutes. The home side failed to create any noteworthy chances.

Leipzig hold Bayern in top of the table clash