Justice Minister Owen Bonnici does not acknowledge that any of the happenings surrounding the Great Siege Monument, turned Daphne Caruana Galizia tribute, will have any affect on the upcoming investigations by the EU’s Rule of Law Monitoring Committee. That being said, the Minister was very forthcoming on his availability to meet any MEP and explain to them that the government is doing everything in its power to strengthen said Rule of Law.

The committee members coming to Malta are Sophia in’t Veld from the Netherlands (ALDE) President of the group and head of delegation, Roberta Metsola (EPP), Josef Weidenholzer (S&D) and Sven Giegold (Greens/EFA).

When asked whether the back and forth between activists and the government the last few days, and other incidents around the site in the last few days, the Minister reiterated his Ministry’s obligation to restore national monuments. The bare facts of the matter, according to the Minister, are that once activists’ actions are complete, then there must be a cleaning of the sites involved.

Although putting specific focus on the fact that liberty of expression must be sacrosanct, Dr Bonnici insisted that his duties to the national monument are what come first after these liberties are demonstrated. “This is not just another monument on the outskirts of any village,” said the Minister, “but a national monument in a prominent place in Valletta.”

When pushed about the point of the question once more, the Minister spoke about how the government took the Opposition Leader’s suggestion of giving George Hyzler the role of Commissioner for Standards. Dr Bonnici finally reiterated that he will be free to meet any MEPs so they can be shown the government’s drive to “strengthen the rule of law” and the drive to solve Daphne Caruana Galizia’s “barbaric murder”. 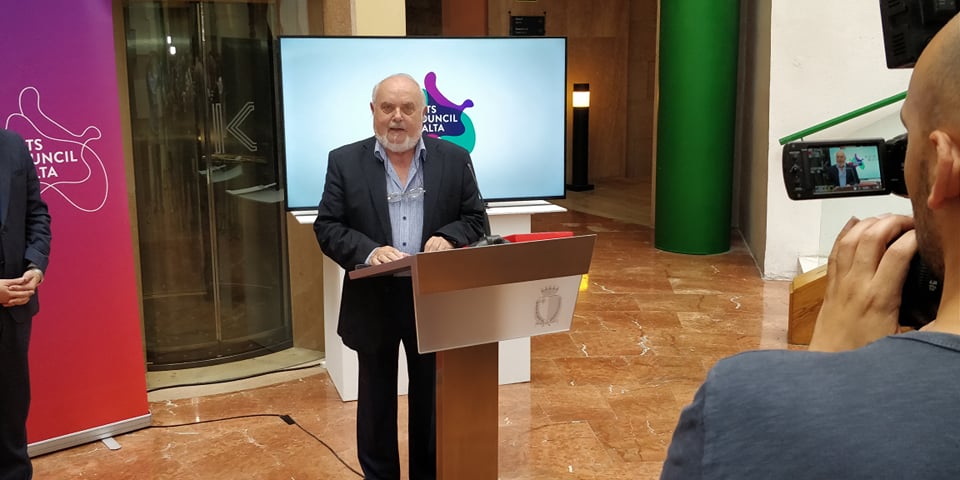 This was said prior to the Minister speaking at the first Young Talent Fund distribution ceremony. Here, eight out of 12 applicants of between 10 and 17 years of age can benefit from a month-long international opportunity to showcase their artistic talents. The Minister spoke of a vision to bring art back to the core of culture, hoping that the networking which the young artists will be doing will trickle down to Malta as they come back with all their experience and reintegrate with the local scene.

Speaking just before the Minister, Arts Council Executive Chairman Albert Marshall spoke about how all other funds don’t make sense without this one. This is a unique opportunity to young artists to see what international standards are like, and with the Ministry’s help, Marshall spoke of a tripling of the fund in the future.