A judicial protest is expected to be filed tomorrow against the Malta Union of Teachers (MUT) and the Union of Professional Educators (UPE – Voice of the Workers) for their “irresponsible behaviour.”

This was stated by lawyer Andre Borg on Facebook, where he added that there many parents and teachers supporting him in this matter.

A number of parents complained on social media that these unions continued to press even independent schools to postpone the reopening of the scholastic year, even though they were prepared to open tomorrow.

Message from Education Minister:
Watch: We need to minimize risks, Education minister says ahead of reopening of schools 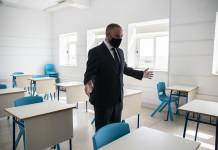 Originally, all schools were due to open tomorrow, September 28th. The unions have been calling for weeks for the Ministry of Education to postpone the opening of schools to give them a chance to prepare and apply the guidelines and protocols issued by the health authorities in early September. The Ministry continued to drag its feet, and until a week ago, unions were still complaining of having inconclusive meetings with the government and threatening industrial action.

However, last Friday, the Government announced that students attending compulsory education in state schools will instead be starting on different dates, according to their year group, over a period of not more than one week starting from October 7th.

Despite this, a number of independent schools that had everything ready and in place to open tomorrow implied that they have been pressured by unions to postpone their opening as well. Some schools will still open tomorrow.