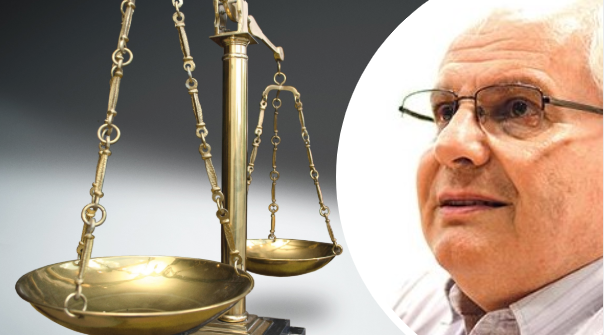 Mr Justice Vincent Degaetano, currently serving on the benches of the European Court of Human Rights said that it is a ‘myth’ that in Malta, our legal system ‘…some sort of “judicial investigation” which is functionally independent from the executive (ie: ministerial powers)’ Speaking at an event marking the 70th Anniversary of the universal declaration of Human Rights, Dr Degaetano’s pithy analysis of what constitutes ‘rule of law’ makes for seminal reading.

“We have heard in recent months of people awaiting the outcome of this and that magisterial inquiry. In Malta we have nothing comparable to the autonomous and functionally independent judicial investigations on the continent” wrote Dr Degaetano. He emphasised that the inquiring magistrate is functionally dependent on the Executive Police for the conduct of such an inquiry. He said that magistrates not only do not have the time to carry out complicated or complex investigations but they neither have the appropriate specialised training for that, nor independent resources. “So, let’s stop kidding ourselves please.” Entreated the former Chief Justice.

“Malta”, he said, “must be the only country in the civilised world where … before a magistrate can act he must inform the suspect of the report, information or complaint against him and allow him time to give his views on whether an inquiry is to be held… This is beyond bizarre.”

Corruption undermines the rule of law

Listing a number of benchmarks which signpost the elusive definition of ‘rule of law’, Dr Degaetano asked what practical and effective measures are in place to ensure that the Rule of Law is not undermined by corruption and conflict of interest by people in public office or by people administering public services.

“Corruption”, warned the eminent judge, “leads to arbitrariness and abuse of powers, it distorts a nation’s economy, creates unnecessary financial burdens on the citizens (particularly the most vulnerable), and can in due course lead to such general dissatisfaction that law and order will break down – which is exactly what the Universal Declaration of Human Rights seeks to avoid.”

The Judiciary must be free of pressure and manipulation

Speaking about access to justice, Dr Degaetano queried if there are sufficient constitutional and other guarantees of judicial independence. Independence, he said, means that the judiciary is free from both external and internal (i.e. within the judicial system itself) pressure, and that judges are not subject to political influence or manipulation, in particular, but not exclusively, by the executive branch, that is, ministers. This requirement is an integral part of the fundamental democratic principle of the separation of powers.

Are we happy with paper tigers?

Another benchmark for a healthy rule of law is a structure preventing abuse or misuse of powers. Dr Degaetano asked if there are effective safeguards – judicial, legal, administrative or mixed – against arbitrariness and abuse of power by public authorities. On paper things may look grand, he warned, with commissions and committees to administer this or that part or of the public powers or to act as regulators, or to enquire into abuses. But, what resources do these bodies have to fall back upon. Homing in onto the Permanent Commission against Corruption, Dr Degaetano  said that “on paper the Commission looks grand – it can even investigate on its own motion or initiative, that is without the necessity of a report being filed by anyone. It is trite knowledge, however, that its powers are limited but, more crucially, that it has no resources whatsoever in terms of administrative or investigative manpower… are the two main political parties really interested in having a meaningful and independent instrument in the fight against corruption or are they content with paper tigers?”