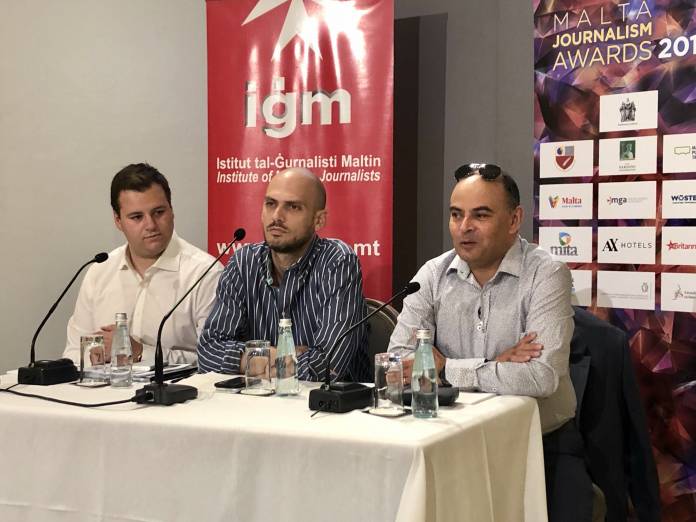 The public may be able participate in choosing the best journalistic stories of the year. This was announced by the Council of the Institute of Maltese Journalists (IĠM) during a seminar held at San Anton’s Palace in Attard.

IĠM has started a reform in aim that journalism awards become more prestigious. Contrary to the current jury, which is made up of three persons, the process may now be opened to the public’s judgement.

The seminar was led by the rapporteur Pierre Cassar.  He was appointed by the organisation to prepare a report suggesting several changes which should take place at the annual awards ceremony.

Topics covered in the reform included the jury’s members and their appointments, the awards categories, judges’ criteria on marks allocation, and the ceremony’s organisation.

Nigel Mifsud, IĠM’s Secretary General, made a brief presentation on this year’s jury’s report. The jury stated that they were disappointed about the level of submitted stories, as they are well aware that higher quality stories were reported but not submitted.

The organisation’s President Yannick Pace attended the consultation meeting, together with several other journalists including some from Newsbook.com.mt.

Malta falls another 4 places in the World Press Freedom Index