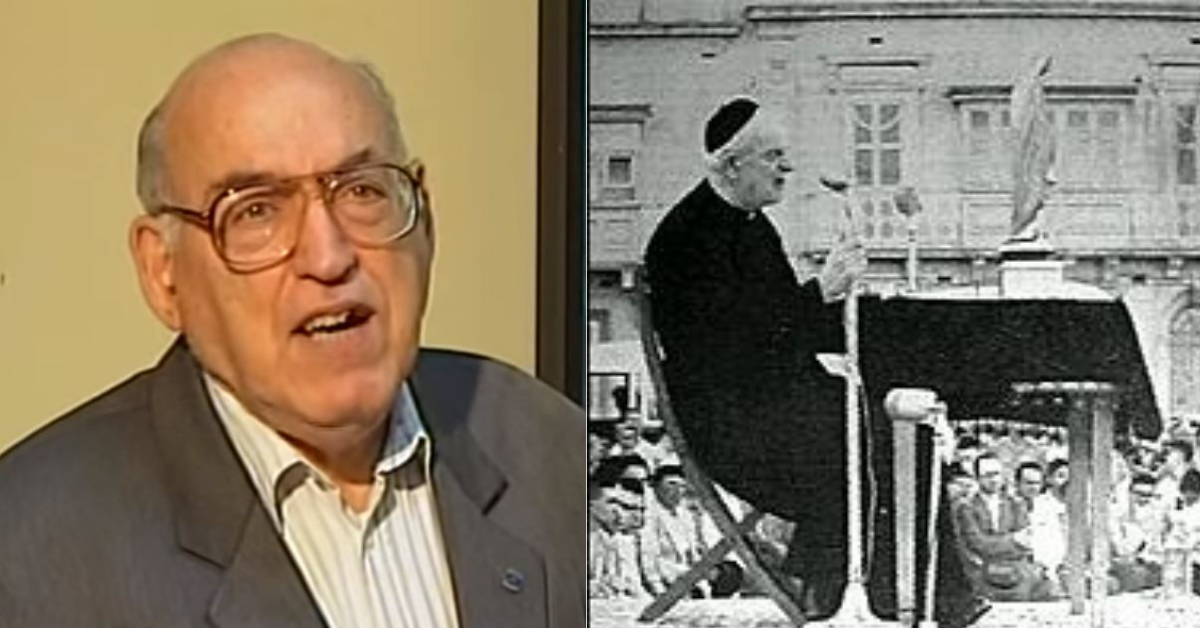 “John Formosa served a great number of roles and he had collaborated with the founder of the society, George Preca, when Preca was still in his prime.”

This is what Carmel Bezzina told Newsbook.com.mt when asked to speak about John Formosa, a man whose passing away has just been announced today. Carmel Bezzina is a historian and a member of the Society of Christine Doctrine (M.U.S.E.U.M).

John Formosa, who was the Society’s General Secretary during the 80s and 90s, lived to see 87 years of age. He was a close friend of St George Preca, the founder of the Society.

John Formosa was born in Birgu, but lived most of his life in Gżira. In 1949, he became a member of the Society of Christine Doctrine. At 14-years-old, he came to know St. George Preca, and they developed a friendship. Indeed, Bezzina explained that Formosa had handled the Society’s publication of a series of Preca’s works in a singular format.

“There was something within John Formosa that you do not simply find in just anyone; he was a deeply spiritual man and God’s word was alive on his lips”, said Bezzina, saying that Formosa preached far and wide across Malta. He added that Formosa was one of the ripest fruits grown on the Society’s metaphorical tree, as he worked hard to ensure the best for the Society.

Formosa was also known to be an expert on saints’ lives, and began to publish a series on their lives titled “Profili”. Till this day, his recordings on the lives of saints are aired on radio.

Watch: The world thirsts for peace, for joy – Archbishop Scicluna