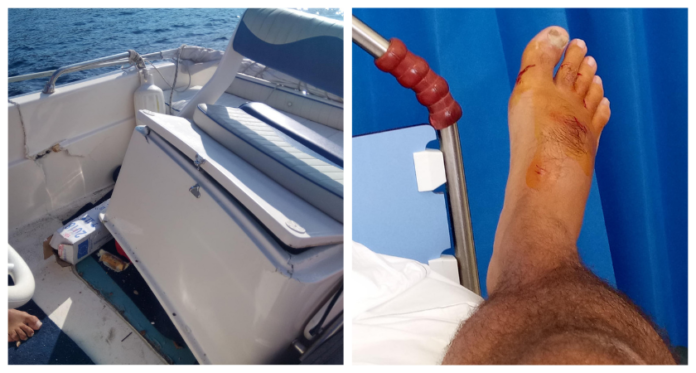 Two individuals aboard a boat in Kemmuna suffered slight injuries while their boat sank, after another person riding a Jet-ski lost control and crashed into them.

A police spokesperson explained to Newsbook.com.mt that the incident took place on Sunday at 4.45pm and as a result, the boat sank. The two persons aboard the boat were admitted to Mater Dei Hospital.

On Facebook, one of the victims said that they suffered injuries because of an “irresponsible individual”. He explained how, upon impact, the boat broke into two. The victim insisted that laws on Jet-skis should be revised to avoid these such incidents.

Monique Agius   March 26, 2020
Lead MEPs from all political groups gathered in a special session in the Brussels chamber on Thursday while others followed the debate from home. 687 MEPs participated in the first vote to approve the urgency procedure.