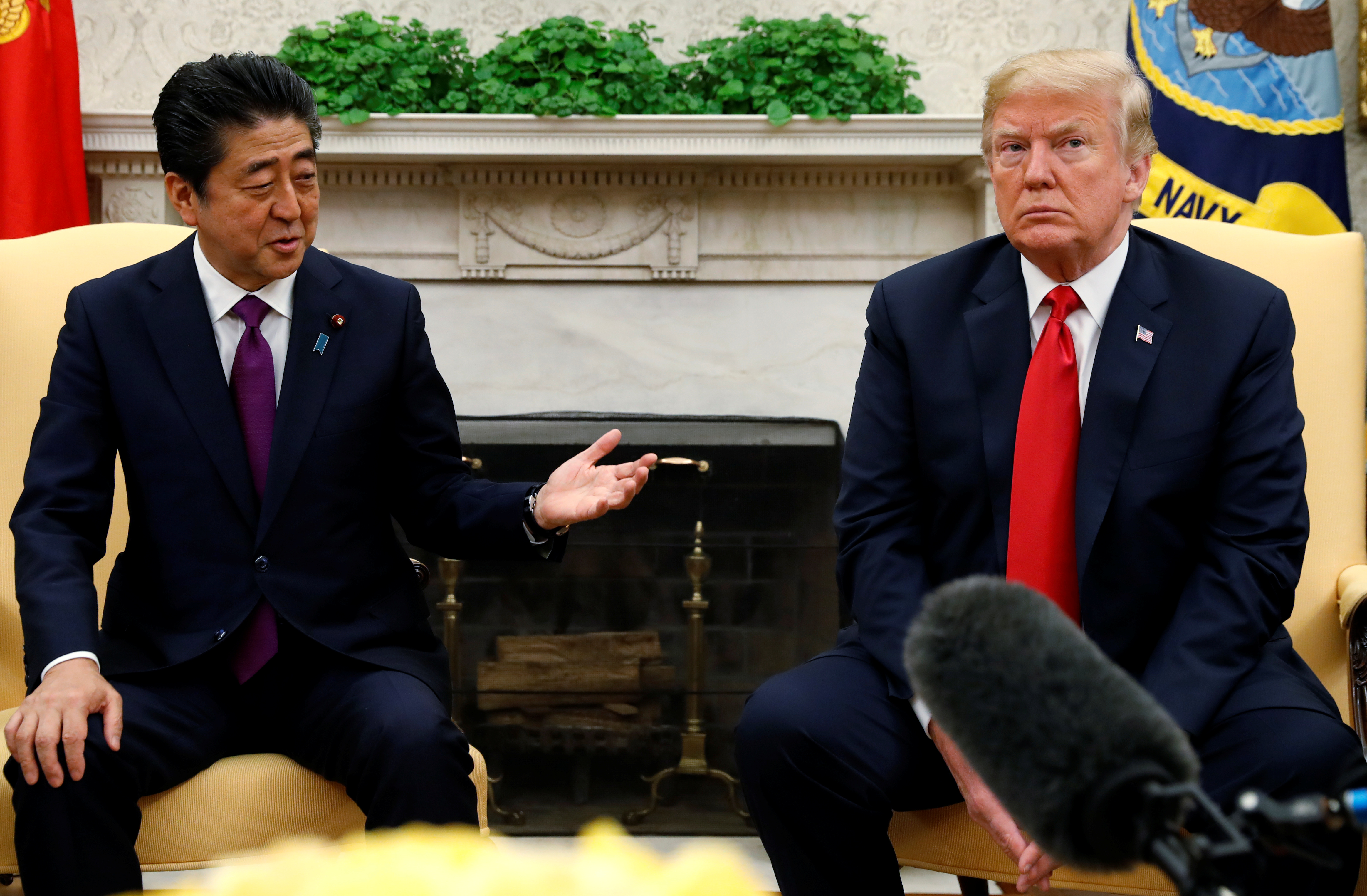 Japanese Prime Minister Shinzo Abe said he had constructive talks on trade with U.S. President Donald Trump in New York on Sunday ahead of the second round of trade dialogues between the two countries this week.

He told reporters in New York that they spoke about trade and investment and reaffirmed their commitment to denuclearise the Korean Peninsula.

“I will continue discussions on trade with him in our summit after economy minister Motegi and U.S. Trade Representative Robert Lighthizer meeting,” Abe told reporters in a media briefing broadcast on Japan’s NHK.

Abe and Trump will hold a summit meeting on Wednesday on the sidelines of a United Nations General Assembly meeting in New York, Japan’s top government spokesman said on Friday.

To lay the groundwork for the summit, top trade negotiators of the two countries – Japanese Economy Minister Toshimitsu Motegi and U.S. Trade Representative Robert Lighthizer – will hold their second round of trade talks on Monday.

Trump had tweeted: “Going to New York. Will be with Prime Minister Abe of Japan tonight, talking Military and Trade. We have done much to help Japan, would like to see more of a reciprocal relationship. It will all work out!”

Abe said the U.S. and Japan would remain in close touch on North Korea and that he had relayed to Trump a message from families of Japanese abducted decades ago by North Korea.

Maria Webb   March 27, 2020
BOV has announced a number of measures due to the coronavirus pandemic. Such measures include the ways in which to deposit someone else's cheques and depositing money.

Joseph Giordimaina   March 28, 2020
Kluge said that Malta is on the right track and an example that should be followed.