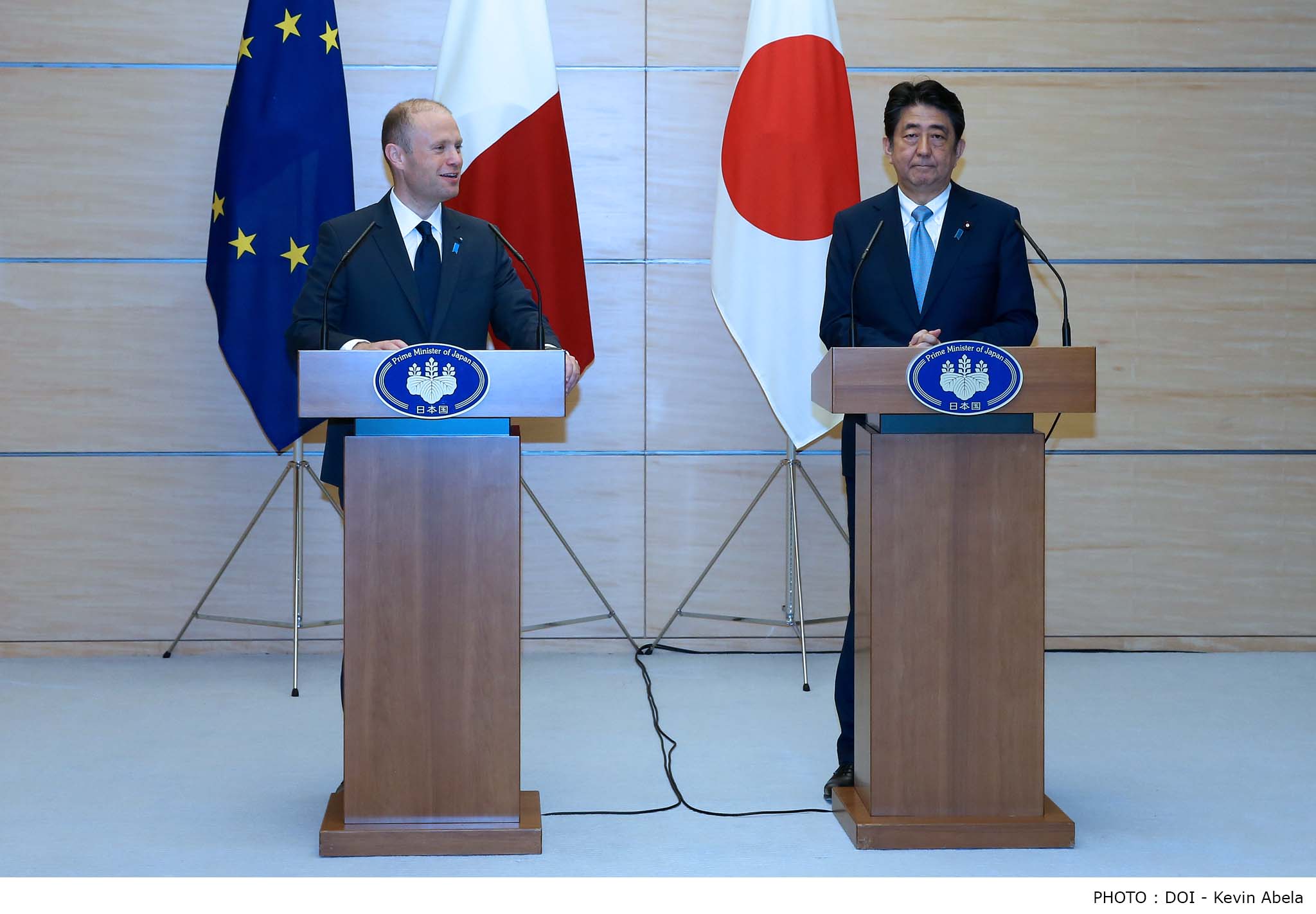 Japan’s Prime Minister (PM) Shinzo Abe expressed his gratitude for Malta’s role in the evacuation of Japanese people from Libya. This happened during a meeting with Malta’s Prime Minister Joseph Muscat in Tokyo.

The Japanese PM also expressed his gratitude for the Maltese delegation’s show of solidarity with the kidnapped Japanese, as well as for Malta’s collaboration against the North Korea problem. Muscat said that the partnership agreement EU-Japan will provide Maltese products the chance to be sold in Japan. This agreement may lead to more investments and technological innovation as well as the chance for more collaboration between the two countries.

Nakane supported the idea that Malta sends a 50 person delegation to establish a better economic relationship.