Newly-elected MP Ivan Bartolo has confirmed with this newsroom that he is willing to give up his parliamentary seat should Bernard Grech be elected as new Partit Nazzjonalista leader. 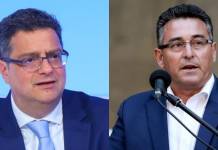 Speaking to Newsbook.com.mt, Bartolo said that he would do what is necessary for the country and the party, even if this includes giving up his seat in parliament.

‘If Grech is elected, he needs to hit the ground running for the benefit of our country,’ he stated.

Bartolo remarked that a member of parliament has the duty to represent the citizens who elected them to the House of Representatives, highlighting that the MPs are guardians of the seat but have no ownership over it.

He underlined that one has to act in the interest of the common good, placing the interests of the country and the party before one’s personal interests.

Earlier on Monday, PN MP Hermann Schiavone also confirmed that he would be willing to give up his seat for Grech if the party asked him to do so.

Schiavone had made a similar offer to Delia in 2017. 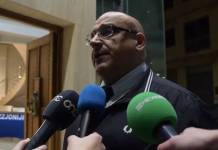