The Institute of Tourism Studies has announced that there has been an increase of 53% applications for full-time programmes over last year’s new students’ intake.

The programmes with the highest increase in new applicants include the Certificate in Travel and Tourism, the Higher National Diploma in Tour Guiding and the Bachelor in Culinary Arts; which is offered in collaboration with the Institut Paul Bocuse in France.

Due to an overwhelming demand, the Institute announced that it will extend its 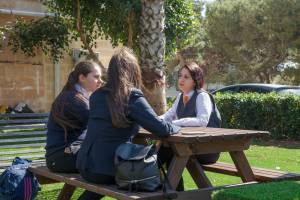 applications deadline till the 31st August 2019. Prospective students can apply for courses on the ITS website.

ITS CEO, Mr Pierre Fenech stated, “We are positive that this will be a rewarding step, which will help our students to spread their wings onto a successful career, just like we have seen with past ITS students.”

Minister for Tourism Konrad Mizzi said that the fact that the number of applications for courses at ITS have increased substantially is very encouraging. Mizzi added that the ITS is preparing for this increased demand by offering new and innovative courses from Foundation level going up to Masters. This year the Institute has launched a Masters course in International Hospitality Management in collaboration with the Emirates Academy of Hospitality Management.

Caritas Malta and ITS adopting measures against coronavirus