Prince Harry Duke of Sussex has just announced that the Duchess of Sussex has given birth to a boy. The baby is eighth in line to the throne. Both parents had opted not to know the gender of the baby and the birth of a son was a surprise to both.

Prince Harry said they were both “absolutely thrilled” and thanked the public for their support during the pregnancy. Prince Harry was by his wife’s side throughout labour.

The duke added they were still thinking about names. 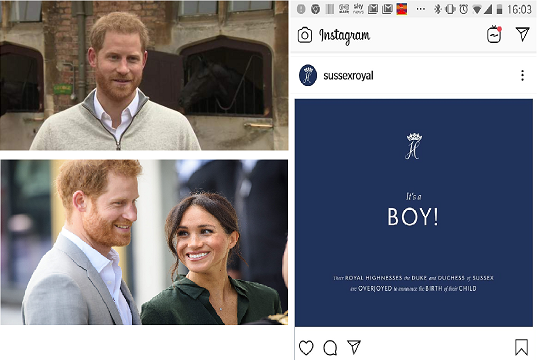 7-year-old fighting for his life after fall from ledge