Unions in Italy’s Lombardy region announced strikes on Monday to protect the health of their workers, saying a government decree temporarily shutting businesses due to the coronavirus emergency contained too many loopholes and exceptions.

Italy has suffered the world’s deadliest outbreak of the respiratory pandemic with at least 5,476 people dead as of Sunday, most of them in Lombardy, the wealthy northern region anchored by the country’s financial capital Milan.

A government decree signed on Sunday said all but “essential” businesses must close until April 3 and set out a long list of exceptions deemed vital to keep Italy’s supply chain running. 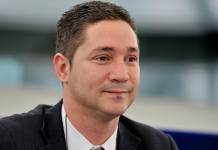 The Lombardy branches of the three main metalworkers unions, FIOM, FIM and UILM, said the list “has been excessively extended, covering areas of dubious importance” and allowing firms “excessive discretion” to apply for exemptions.

In a joint statement, they declared a one-day stoppage for March 25 for workers in all factories not directly linked to the beleaguered health sector.

The announcement was swiftly followed by Lombardy’s chemical workers, who said they would stay home on the same day.

Bank workers threatened a nationwide walkout, saying they were forced to work in unsafe conditions without masks, gloves and sufficient amounts of antiseptic gels. Several banks have already temporarily closed branches to sanitize them.

Meanwhile in Spain
‘We are at war’ says Spain 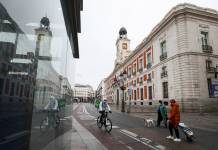 Italy’s northern regions especially Lombardy have borne the overwhelming brunt of the crisis but there is concern the virus, which had infected 59,138 people as of Sunday, could spread into the poorer south where health systems are less well-equipped.