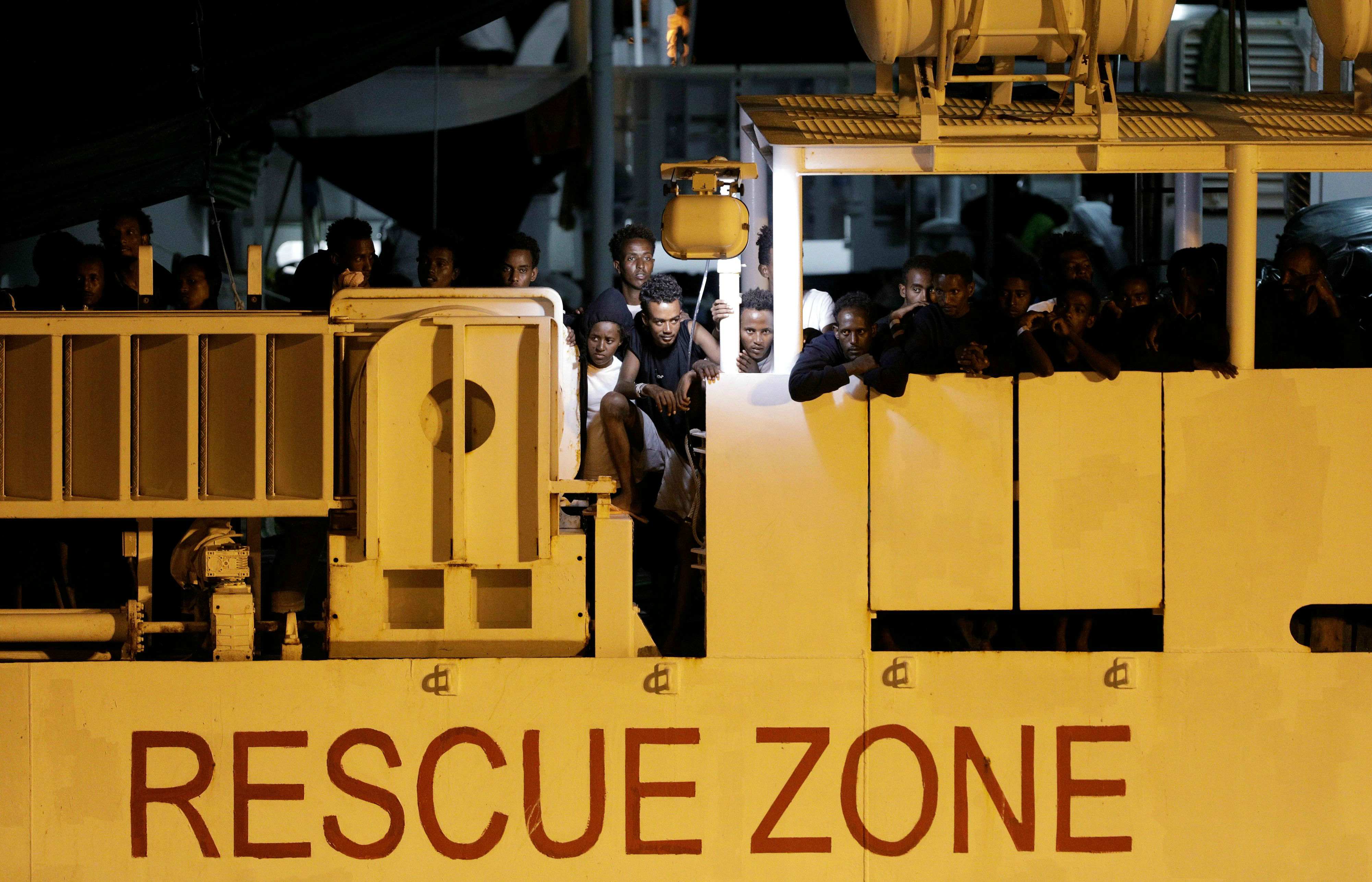 Italy has threatened to bar ships of the EU naval force from bringing migrants picked up in the Mediterranean to its ports unless the bloc comes up with ways to share the burden of taking them in, officials in Brussels said.

Diplomats were meeting in Brussels on Tuesday over the latest migration threat from Italy, whose new populist government has already kept several rescue ships with hundreds of migrants on board stuck at sea for days.

European Union officials say Rome gave the EU until the end of August to come up with a clear relocation scheme for migrants picked from the sea by ships from the Operation Sophia joint naval force, or it will no longer allow them into its ports.

Any swift agreement on hosting people from Operation Sophia ships by other EU states is unlikely. EU states have been unable to agree on migration policy since migrants and refugees from the Middle East and Africa began arriving in huge numbers.

Italy, where more than 650,000 people arrived across the sea since 2014, has felt increasingly overwhelmed and left alone by its peers. Elections this year gave victory to parties campaigning on an anti-immigration platform.

One EU official said the worst-case scenario would be that Operation Sophia ships stay in ports.

Others said that was unlikely as the mission’s mandate ran until the end of the year and EU states were generally in favour of keeping it afloat. They said a fudge was hence more likely.

Unless a solution emerges, the ball would be back in Rome’s court to see if it is willing to follow through with its threat.

Operation Sophia currently has four ships in the Mediterranean as well as planes and helicopters to watch out for people-smuggling across the sea.

Under international law, vessels are obliged to help people in distress and Operation Sophia ships have so far mostly delivered those rescued to Italian ports.

While only some 70,000 people made it to the EU across the Mediterranean this year – a fraction of the more than one million arrivals in the record 2015 – migration still dominates European politics.

EU defence ministers will also discuss the issue when they meet in Vienna this Wednesday and Thursday.