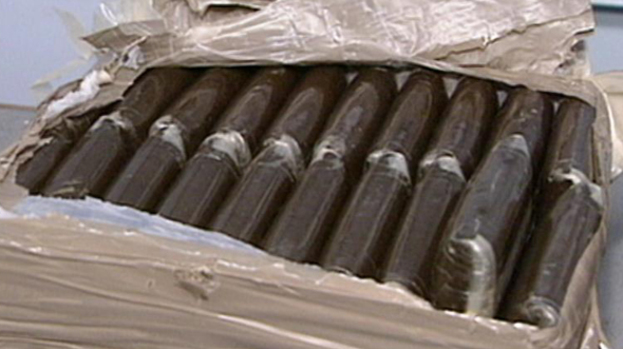 Italian police said on Thursday they found 20 tonnes of hash worth as much as 200 million euros in the fuel tanks of a Panama-flagged ship that was stopped in international waters and escorted to Sicily.

The entire 11-person crew, all from Montenegro, was arrested for international drugs trafficking, Italy’s finance police said in a statement.

The research and survey vessel Remus left the Canary Islands bound for Egypt and Turkey, but police surveillance showed it had turned off its position transmitter near the coast of North Africa, raising investigators’ suspicions.

With the permission of Panamanian authorities, Italian finance police seized the vessel in international waters on July 31 and escorted it to Palermo. There the fuel tanks were drained and the hash was discovered wrapped in sealed brown bags.

“The Mediterranean Sea again is confirmed to be one of the world’s largest arteries for illegal trafficking,” the police statement said. “The results of the operation are the fruit of attentive intelligence gathering and analysis of the ship’s routes.”

The North African hashish — compressed cannabis resin — was probably destined for the European market, police said. Morocco is the world’s largest producer of hashish, which is usually smuggled into Europe through Spain, according the United Nations Office on Drugs and Crime.