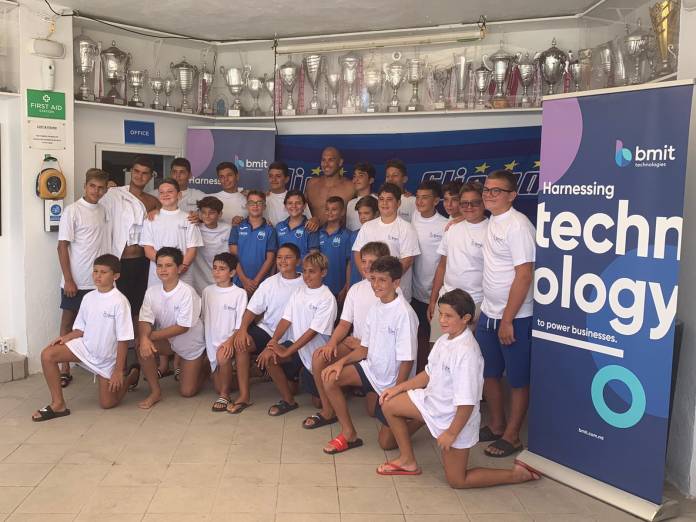 Water polo players at the Sliema ASC BMIT Technologies Aquatic Academy enjoyed a once in a lifetime opportunity to train with Italian champion and Sette Bello captain Pietro Figlioli and pick up pro tips from him.

Figlioli is currently visiting Malta to train the academy’s younger members during the season. Brazilian by birth, he is a well-known international player who competed for Australia at the 2004 and 2008 Olympics and for Italy in 2012 and 2016 winning two medals for his adopted country, Italy.

During his visit to Malta and to the academy, Figlioli spent most of his time in the water with boys passing on his knowledge and helping them perfect their techniques. He also signed branded t- shirts for all those attending the training camp.

BMIT Technologies recently signed a two-year sponsorship agreement with the Sliema Aquatic academy, which includes naming rights and establishes BMIT Technologies as the lead sponsor of this popular swimming academy. Anyone following the season will see notice how all water polo squads between U11s and U20s as well as the Sliema ASC swim squad carry Sliema ASC BMIT Technologies Academy as the official name for their teams and on their kits.