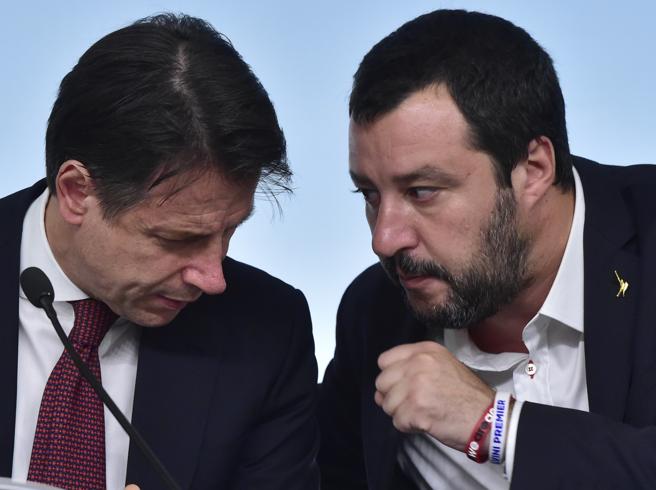 Italian Prime Minister Giuseppe Conte on Thursday accused his far-right interior minister, Matteo Salvini, of disloyalty and being obsessed with blocking immigration, intensifying the open warfare in the ruling coalition.

The renewed political turmoil threatens to derail preparations for the 2020 budget in the autumn, as Italy attempts to rein in its huge public debt, the highest in the 19-nation bloc after Greece’s.

Conte, who does not belong to any party, used the case of a migrant rescue boat refused entry to Italy’s ports by Salvini as an opportunity to settle scores with the leader of the co-ruling League party, which last week put forward a motion of no-confidence in his government.

In the shock move, which seemed aimed at capitalising on his popularity, Salvini said his alliance with the anti-establishment 5-Star Movement was no longer workable and called for a new election that could see him crowned prime minister.

However, the gambit has not gone to plan.

5-Star and the opposition Democratic Party (PD) have stalled any debate of the League’s no-confidence motion and many of their politicians are now openly discussing forming a coalition among themselves to sideline Salvini.

The 5-Star Movement has been hurt by its tie-up with the League, halving its voter support since the two parties joined forces in June last year, according to opinion polls. The League has overtaken it to become Italy’s most popular party.

In an open letter to Salvini, Conte said he had convinced six EU states to take in the migrants aboard the Open Arms charity ship and accused him of “disloyal collaboration” by misrepresenting Conte’s own position.

Conte said Salvini aimed to exploit the immigration issue for electoral gain rather than seeking solutions with Italy’s partners.

“I understand your faithful and obsessive concentration on addressing the issue of immigration by reducing it to the formula of ‘closed ports’. You are a political leader and you are legitimately intent on constantly increasing your support …,” he wrote.

Salvini shot back at a news conference outside the southern Italian city Caserta.