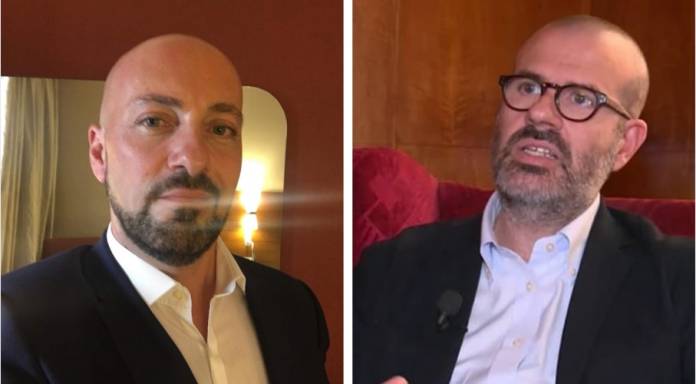 Police Officer Lydon Zammit said in court that on 5th August 2020 they received a complaint from Italian Journalist Sebastiano Scavo, better known as Nello Scavo, regarding a comment made by Gafà on Twitter following a post made by the humanitarian NGO Alarm Phone.

Police Inspector said that in June, Gafà used his Twitter account to tell Scavo “stop your dirty business. If not, we will be stopping you.”

Neville Gafà is being assisted by lawyers Edward Gatt and Mark Vassallo. 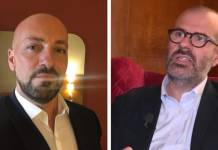 The Italian journalist has been following ground-breaking stories on tacit pushbacks into Libyan concentration camps on aspiring migrants from all over the African continent. In his researches, published on L’AVVENIRE and worked both independently and in collaboration with THE NEW YORK TIMES and THE GUARDIAN, Scavo has uncovered a system which punishes humanity for the sake of legality.

Together with Inspector Fabian Fleri they contacted Gafà who accepted to collaborate with the Police when he was interrogated at the Police depot. Gafà admitted that it was he who posted the comment on twitter while he was at his residence in Mellieha.

With the Police, Gafà insited that he had no intention to pose a threat or harm Scavo but it was a political comment as he wanted to make pressure on the issue of migration.

The police cyber crime unit had also informed twitter about the comment but to this day they have not received any feedback and the tweets are still visible on the social media platform. This request was sent on the 12th of July.

The defence noted how following Gafà’s post there were various individuals who participated and approved of Gafà’s comments.

As the Italian journalist, assisted by lawyer Chris Busietta, took the witness stand the prosecution asked him to explain the thread of comments exchanged on Twitter with Gafà and what was the post by Alarm Phone which the accused had commented on.

In court, Scavo said that he felt and still feels threatened by the accused even after he tried to clarify the matter with Gafà. Scavo recalls how, on Twitter, he had asked him what he meant when he wrote “we will stop you” and who is “we”. A question to which the accused had not replied.

The Italian journalist also said that since 2019 he has been under the protection of Italian Police and this year this protection has again been confirmed following the threats posed by Neville Gafà. Nello Scavo has presented in court the documents which prove he is under protection.

The defence lawyers asked if it was the cyber crime unit which invited the journalist to file the complaint. Lawyer Edward Gatt noted how according to the documents presented in court the police contacted the journalist after a report was filed by a third person and questioned if this is procedure that is usually followed in such cases.

During the sitting inspector Timothy Zammit from the Police cyber crime unit was asked to explain the procedure that is usually followed. Inspector Zammit confirmed that the Police was also made aware of the case through reports on local media before Scavo filed the complaint.

The defence requested the court to defer the case as it needs time to go through the documents presented by the prosecution. Neville Gafà pleaded not guilty.

Magistrate Galea upheld the request made by Gafà’s lawyers and the case is now deferred for the 15th of October at 9 am.