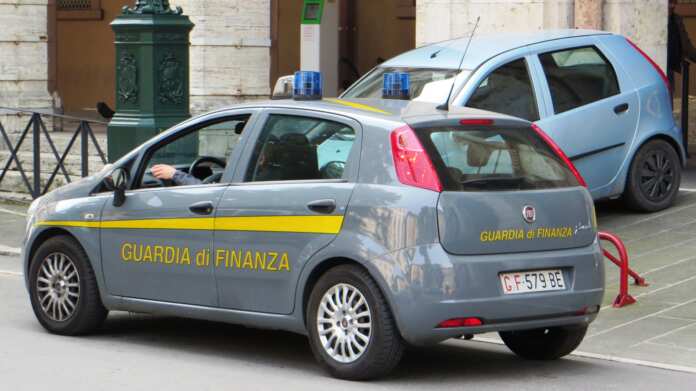 An Italian investment broker who has absconded from the country was found to have defrauded customers of €8.5 million after investigations by the Italian authorities.

Through investigations carried out by Italian law enforcement agency which falls under the authority of the Minister of Economy and Finance, Guardia di Finanza, it was discovered that the man used the money to buy goods while he laundered funds through companies based in Malta, Brazil and Switzerland.

The man escaped to Brazil after he realized he was under investigation. The Italian police managed to recover some €6 million.

The investigations by the Economic and Financial Section of the Italian Police were coordinated by the Assistant Prosecutor Enrica Gabetta and Public Prosecutor Elisa Buffa were launched after the broker escaped to Brazil in March 2017.

The money which he took from some 16 depositors were used to buy new and secondhand branded watches, collectible coins, and custom-built vehicles. The rest of the money was laundered abroad, including through Malta-based companies.

Through numerous checks it was established that the man defrauded 16 depositors of €8.5 million using signed blank forms or falsified signatures or deceiving the depositors into believing that they were investing in national or international financial instruments.

After searches that were carried out in Turin and Caluso, Roma, Pavia, Savona, Syracuse and Porto Rotondo, the police seized 12 residences, 21 plots of land and eight vehicles. 46 branded watches mainly Patek Philippe and Rolex, collections of gold coins, SUVs, sport cars and motorcycles were also seized by the Italian police. Most of the vehicles were registered on fictitious businesses with the majority being based in Luxembourg and Germany.

Amy Borg   February 23, 2020
Interviewed on One Radio, the Prime Minister and Labour Party leader focused his comments solely on the European Council meetings in Brussels which tackled the European Financial Budget for the period 2021- 2027.