A ban on the humanitarian rescue NGO Open Arms, entering Italian territorial waters has been lifted by the Administrative court of Lazio.

The court said that owing to the, ‘situation of exceptional gravity and urgency’ it thus, ‘justifies the granting’ of access to Italy’s waters.

The court is understood to have been privy to the medical and psychological reports coming from the boat, which currently has 147 rescued people on board. They have been on board the vessel for 13 days.

The ban on Open Arms had originally been authorised by Salvini, preventing ‘the entry, transit and parking of the Open Arms’ ship in the territorial sea,’ in addition to other associated vessels. 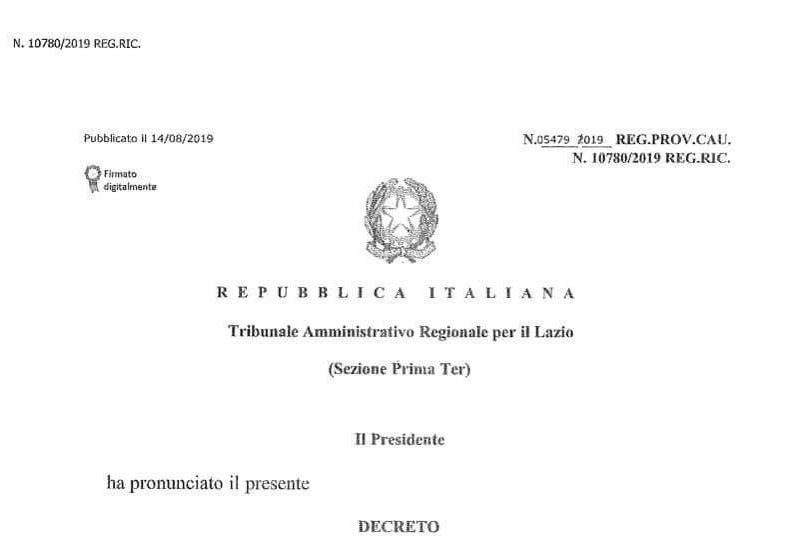 Open Arms’ lawyers had issued an appeal against the decree with the Regional Administrative Court of Lazio, stating that the act was a, ‘violation of the international law of the sea on the matter of rescue.’

The court saw a potential breach of the international laws on search and rescue presented by Salvini’s decree.

The judge of the court, ‘In the light of the documentation presented (medical report, psychological report, declaration of head of mission), the exposed situation of exceptional severity and urgency”, justifies the permit for the entry of the Open Arms ship in the Italian territorial waters.’

His decision involves, ‘providing immediate assistance to the most needy rescued, as in fact it seems that it has already occurred in the most critical cases.’

‘Ensure the safety of migrant children’ – Commissioner for Children

Delia appeals to Muscat to make human life a priority

Responding to the court decision, the head of Open Arms Oscar Camps said that the move was ‘a boost’

He did however say that, ‘it is very possible that we can disembark earlier than planned,’ despite them not being any further towards a safe port of disembarkation.

‘You cannot use the administrative machinery of a country to go against maritime law,’ Camps added.

‘The situation remains insane, weather conditions do not help … The reports of medical teams and mediators working on board are overwhelming. With these reports we are going to request the immediate evacuation, for medical reasons, of all shipwrecked people.’

Not going back in time

Earlier today, the Italian Prime Minister Giuseppe Conte wrote to the Interior Minister calling for Mr Salvini to allow the transfer of minors to Malta.

Salvini is understood to have retorted telling him that he would be banning Open Arms from bringing migrants to Italy.

‘In the next few hours I will sign my No because I don’t want to be an accomplice of migrant traffickers … Tell me if it isn’t a strange country where a a Spanish ship in Maltese waters can resort to an administrative court to ask to land in Italy…There is a plan to go backwards in time and reopen Italian ports, to turn our country into Europe’s refugee camp… But I’m not going back in time.’