“If by March the Covid situation is brought under control, I think that the public finances may start to recuperate, over a period two to three years to decrease the deficit to 2-3%. It will be difficult for us to go back into a surplus.” This was the opinion expressed by economist Dr Philip Von Brockdorff when speaking with Newsbook.com.mt in an analysis of the budget recently presented by the government. Von Brockdorff said that the economic growth will definitely be slower. On the plus side, he said that Malta being small gives it the agility to react denied to bigger countries. 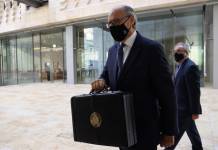 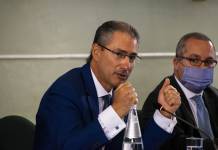 Newsbook.com.mt observed that with an 8% decline in economic growth, the government estimated that the economy will increase by 5% will mean that we will not reach 2019 levels in 2021. Von Brockdorff concurred. He said that 2021 must be compared to 2020, not to 2021. He also noted that while 2019 was good, it was not the best economic year so far and the economy had been on a slow decline for some years, a cyclical process in this sphere, added Von Brockdorff. “To reach 2019 levels, basing on a Potential Output Modelling study I carried out with a colleague…the economy needs at least two years to get back to 2019 levels,” said Von Brockdorff, adding that tourism needs time to recuperate. Confidence, particularly in the travel industry needs to be reconstructed and this said Von Brockdorff will take at the very least, a couple of years. 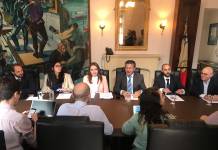 A time to make lemonade

Von Brockdorff said that every so often the economy needs to go through shocks so that it can regenerate.  He said that regeneration needs transition and is rarely painless. “If we are thinking of transitioning the economy to a more digital and greener model, then we need to expect bumps along the way. This will be a challenge,” said Von Brockdorff. The absence of over 2 million tourists will definitely be felt, emphasised Von Brockdorff.

However, this, in the view of the economist, may be an opportune time to re-direct the economy, boosting some sectors and re-dimensioning the reliance on other sectors such as tourism. “In a Mediterranean country, tourism will remain relevant and important, but do we need to reach the same levels in terms of tourist numbers, or should we focus on boosting other sectors?” asked Von Brockdorff.

The biggest deficit ever?

According to the published estimates, Malta is currently facing a deficit of €1.2billion, roughly the size of Trump’s campaign budget. For a presidential candidate, such sums may be dispensable, for Malta this is a big deal. “The schemes which have been put in place to salvage 100,000 jobs have resulted in this deficit, serviced through a bond issue. This amounts to approximately €40 million per month,” said Von Brockdorff. The situation on the book balancing said Von Brockdorff, changed overnight and this, he stressed is a challenge. Von Brockdorff, however, pointed out that the situation is exceptional and required an exceptional response by government. “Our advantage lies in the fact that our national debt before COVID was about 43% which is relatively low,” said the economist. He also pointed out that the deficit needs to be seen in tandem with economic growth, which has been substantial.

Von Brockdorff added that one must not forget either that the payment of taxes has been deferred, which means that the cash flow of the country will be affected. The government has to still pay all his employees and services as well as projects which have been planned. Noting that most projects in the public sector are EU funded, Von Brockdorff added that this has an 80-20 component, which means that the Maltese government will fork out 20% of the outlay over a period of years. He added that the payments to contractors are done before any funds from the EU are received. “The deficit is being serviced by bonds, which is another form of borrowing, which has to be paid back at some point,” observed Von Brockdorff.

When is a crisis bigger than another crisis?

Until 2019, the world spoke of the 2008 financial crisis in terms approaching awe, likening it to the Great Depression. Malta was only marginally hit by this crisis. Newsbook.com.mt asked if this Pandemic has actually plunged Malta and the world into a bigger crisis. “This pandemic crisis has hit us more strongly than the financial crisis of 2008 because our economy, by the end of this year, will have lost 8% which did not happen in 2008,” said Von Brockdorff. For other countries, the financial crisis was worse than the pandemic, as in the case of Greece who, although badly hit by the pandemic was on its knees in the financial crisis. “In 2008 there was no lockdown and tourism was not off the table due to a virus. SO the income from tourism and retail, decreased as it was, remained flowing,” explained Von Brockdorff. Tourism has shown itself to be fragile in the pandemic which was not the case in 2008.

A time for change

Von Brockdorff said that Malta’s economic model is based on consumption, tourism, construction and public service investment. Construction he said involves not just the building of dwellings but also infrastructure and industry making this sector very important. He said that in the interim until the economy regains its footing, these sectors need to be shored up. This will be a transition period and should lead to a period and a strategy which will move the country into a greener economy. “This pandemic can be an opportunity to discuss plans for the future in terms of a common consensus on a strategy for key sectors in the economy as was proposed by the Malta Chamber,” concluded Von Brockdorff