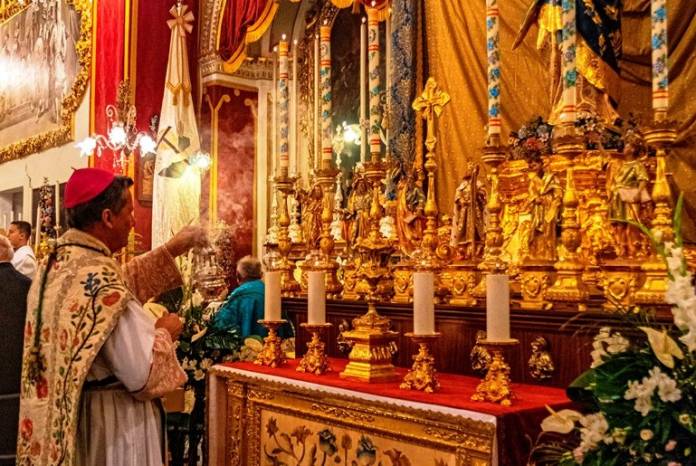 Bishop Mario Grech said that it saddens him to see prophets of darkness within the Church. Mgr. Grech said this during a sermon during the Feast of the Immaculate Conception.

He said that the Church could be the light if like Mary it fills itself with Christ. According to Mgr. Grech, the Church lights up its surroundings when it delivers the gift of Jesus and not when it preeches about itself. The Bishop said that the Church is at risk of imitating other groups which have political aspirations of social reform which leads it to a trap and will then lose its light.

“The aim of the Church is to preach about Jesus and his Gospel which has the power to form and inspire the lay people to built the city of the world”.

Bishop Grech said that it’s not ones mission to be a prophet of darkness and that he is saddened when he sees such prophets in the Church.

He said that this message counts for all those baptised, however those with more responsibilities within the Church should be more careful.

Mgr. Grech said that when one looks at the Immaculate Conception and glimpses the moon at her feet, one not only appreciates that Mary is herself a “moon” that banishes the darkness but that everyone who is baptised carries with them this mystery of the moon.

The Bishop also said that wherever there is darkness one should reflect Christ’s light.

According to him, the Church is the new moon which the people need. He also said that sins (darkness) will always remain sins, however the sinner is always allowed to convert.

“While at the greengrocer, remember that these could be your last words”

Staff Reporter   July 3, 2020
Five social initiatives have been selected as the first group of semi-finalists for this year’s Malta Social Impact Awards (MSIA) and are now in the running to win financial and non-financial support.