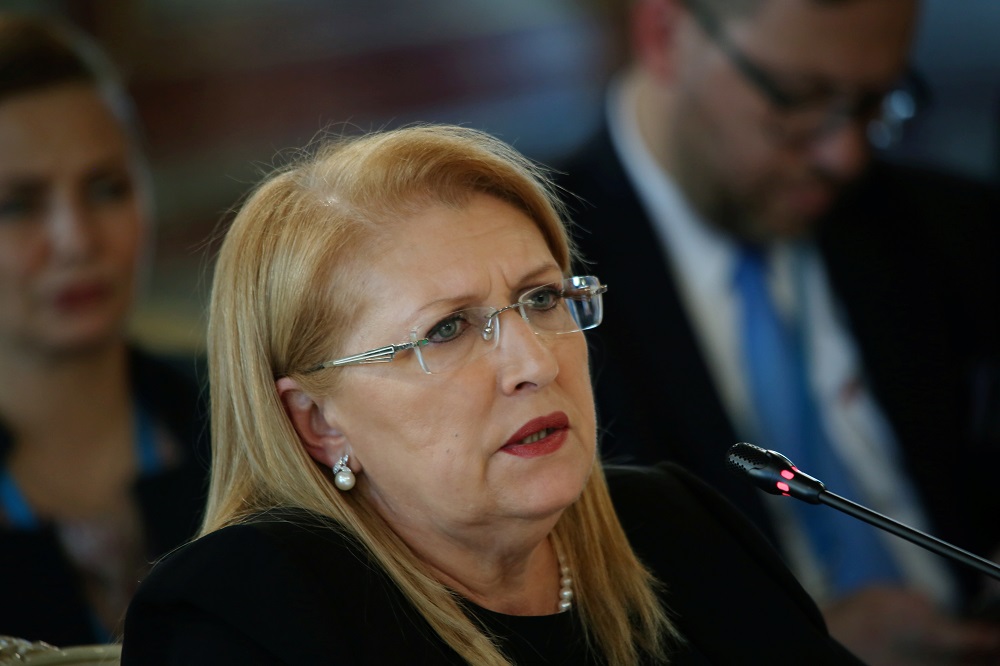 H.E. the President of Malta Marie-Louise Coleiro Preca spoke decisively about crunch time for all significant bodies “to move from rhetoric to action” to better address non-communicable diseases. This was said during her speech at the UN General Assembly on the Prevention and Control of Non-Communicable Diseases earlier this week.

The President explained that, although Malta is no exception to the global rise in non-communicable diseases, the leading cause of death is cardiovascular. However, while deaths from ischemic heart disease have shown a consistent decrease, the rate of cancer cases is set to increase to 49% by 2030, and Malta’s obesity rate also remains a major cause for concern.

With a lot left to address in terms of public health, the President was pleased that the government “has reacted to this situation primarily through legislation.” She then detailed how Malta was a forerunner in tobacco control laws, as well as being an active participant in the WHO’s Framework Convention on Tobacco Control. Apart from an inter-ministerial holistic approach to addressing these issues, there have also been a number of initiatives put in place to address health inequalities.

Turning specifically to the topic at hand of non-communicable diseases, the President mentioned a number of strategies aimed at reducing the impact of these ailments. In particular: the Food and Nutrition Policy and Action Plan for Malta; a National Alcohol Policy; and a National Cancer Strategy. The Emmanuele Cancer Research Foundation and the National Cancer Foundation were also mentioned in her speech saying they “will provide innovative and much-needed research.”

Coryse Borg   April 8, 2020
Due to the COVID-19 pandemic and for public health reasons in line with directives issued by our Health Authorities, the organisation committee of Dar tal-Providenza's volleyball marathon has felt it necessary to cancel the Volleyball Marathon planned for the 3rd, 4th and 5th July 2020.

Jesmond Saliba   April 9, 2020
The lockdown, that took effect on March 17 and has already been extended once, will now go beyond April 15, a move that was widely expected.

Jesmond Saliba   April 9, 2020
Prime Minister Giuseppe Conte said on Wednesday that Italy must stick with its rigid lockdown to try to curb the COVID-19 epidemic.