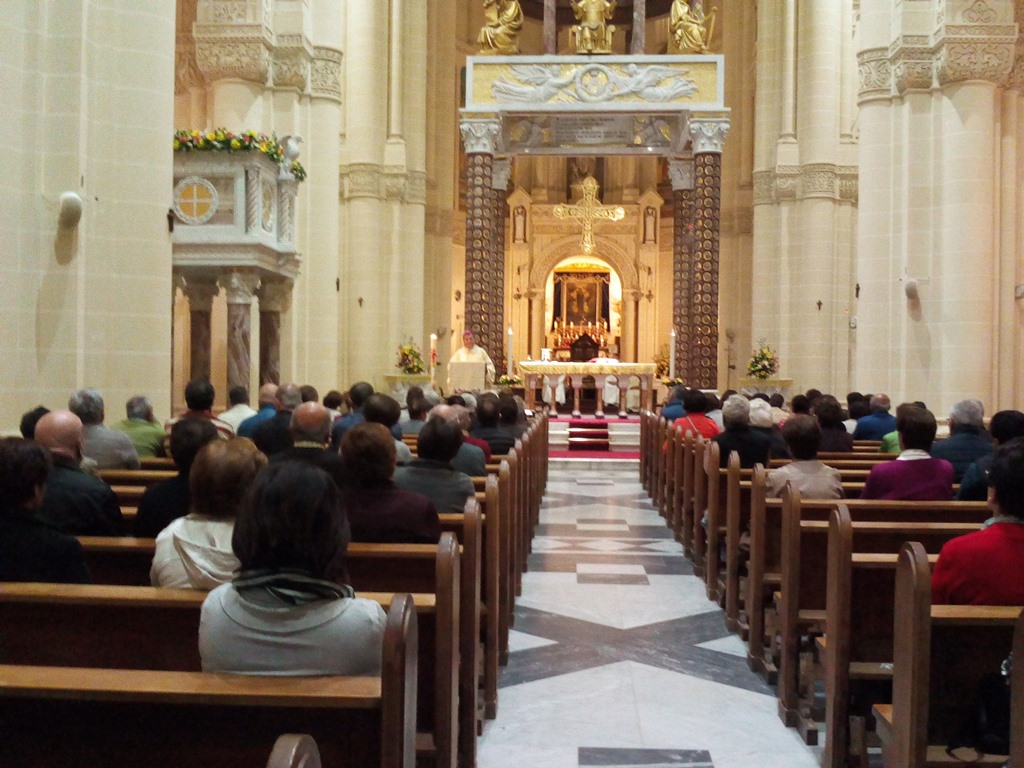 During his homily at Ta’ Pinu Sanctuary with members of the Catholic Action Movement in Gozo, Bishop of Gozo Mario Grech said it is a fallacy to think that humans can act or live on their own.

He said that man needs God and cannot simply rely on his human skills. Moreover, he insisted that adhering to religious traditions was not enough, and that man cannot find his identity if God is not his foundation.

Bishop Grech asked how it could be that, “such a large presence of Christians in society leaves no impact.” He said more often than not, one tends to use human reasoning before taking into consideration the will of God.

He said that man often afraid to call on the Holy Spirit , as his plans may have to change as a consequence. He stated that, like Nicodemus, humans often claim to know everything. Therefore, he urged Christians not to be afraid to be original in how to follow Christ in today’s world.

During the same occasion, The Catholic Action Movement in Gozo was making a pilgrimage on the occasion of the Marian Year, as well as celebrating the Day of Prayer by Catholic women and the launch of Kampanja Favur Ambjent Moralment Nadif u b’Saħħtu (Campaign for a Morally-Clean and Healthy Environment).

Watch: A faithful Church is one that reforms itself – Bishop Grech

Watch: “We need to pull the same rope” – Archbishop Scicluna