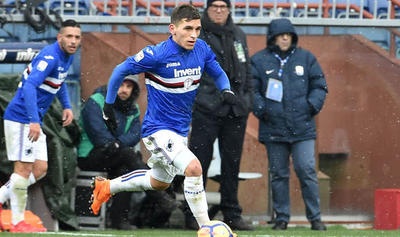 Arsenal have already acquired Stephan Lichtsteiner from Juventus and have reached an
agreement with Borussia Dortmund over Sokratis Papastathopoulos but are also looking to
strengthen their midfield.

Lucas Torrea, who plays in the Serie A with Sampdoria, has attracted the attention of
Arsenal who are extremely interested in the 22-year-old midfielder.

Toreira is currently preparing for the World Cup with Uruguay and according to Sampdoria
President Massimo Ferrero, those interested have to pay €25 million for his services.