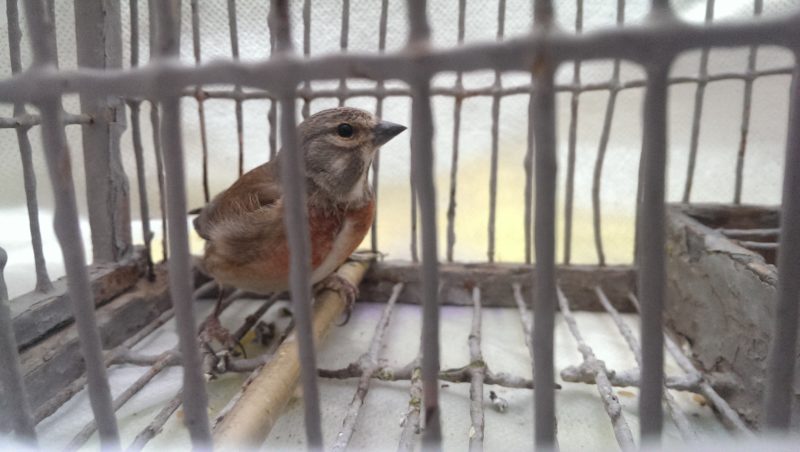 I still have very fond memories of those weekends in October or March some thirty years ago when my grandpa used to take me with him to his trapping site in Delimara. I remember the scolding I got when I triggered his trap over a pair of wagtails. Wagtails were not on the list of the seven finch species that he was after.

When the trapping decision was published in June my mind went to the hundreds of Maltese and Gozitan trappers and their families who received the news with anguish.

In 2004 we joined a family of states in a Union based on the rule of law. We voted for EU membership because we see it as Malta’s natural place in a democracy where we decide then apply laws together. We cannot consider any other option but to observe European laws even where it hurts. The government is therefore duty bound to observe the ECJ judgement and refrain from provoking further the European Commission and the European Court of Justice. This does not mean however that we should give up on trapping the seven finch species in Malta.

While personally I am not particularly fond of the idea of restricting the freedom of a wild animal, as a member of a political party with a vocation to be the mouthpiece of society I also take heed of the trappers’ call to ensure the continuation of a centuries’ old tradition.

While safeguarding tradition is clearly part of our ethos, it is equally clear that tradition has to adapt to our age. Environmental sustainability bears a fundamental importance to us in the Nationalist Party. The challenge and the obligation of government is therefore to combine the two imperatives into a workable solution negotiated beforehand with the European Commission, and not deployed in stealth behind its back.

When we travel abroad we notice an abundance of wildlife which we can only dream of in Malta. An environment where species prosper in protected habitats would definitely be a silent yet important improvement to our quality of life in Malta.

The significant steps forward with hunting can be taken as an illustration that combining the two imperative needs need not be impossible. This summer I saw for myself flocks of bee-eaters hovering above the fields in Rabat. Hoopoes have been observed nesting in Gozo, while most of us can now also witness birds of prey flying high up over our roads. What used to be a chimera before EU accession seems to becoming a living reality. Hunters can enjoy their hobby while respecting the rules. We need to propose a system where trappers can do the same.

Unfortunately, the approach of the labour government has burned precious territory with the European Commission in this regard. They put in place a derogation which has its merits in principle but was implemented in clear disregard to the criteria of the Birds Directive. The result of this is that we now have an uphill struggle to reach this balance. But we will not give up. The Nationalist party has the will and the expertise to propose better solutions to the trapping issue. Those solutions will explore possibilities, already evidenced in several Court of Justice decisions, leaving a margin of manoeuvre for trapping which is well regulated and monitored and reflecting the fluctuating population of wild birds.

The solutions we will be proposing will aim at securing a very minimal impact on wild populations while ensuring that trappers can continue to exercise their passion and tend to their trapping spots. This will require cooperation by trappers and environmentalists alike. We are convinced that there is indeed a way forward which involves the trappers as collaborators in an environmental project meant to monitor bird populations and contribute to a mode detailed understanding of the health status of the seven finch species on grandpa’s list.

We are ready to put our proposals on the table with government and to use all our networks and expertise including at European level to see to a solution for the sake of this tradition to be put in the wider context of environmental sustainability.