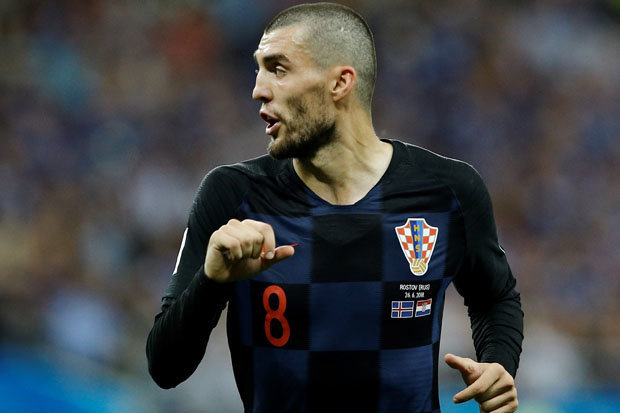 Jose Mourinho is interested in adding more midfield reinforcements and would like Matteo Kovacic to join his side from Real Madrid. According to Don Balon, the 24-year-old would cost the Red Devils around €50 million.

Kovacic joined the Spanish side from Inter Milan but has failed to establish himself as a first team player. The Croatian managed only 21 appearances during Real Madrid’s successful season as he faced competition from compatriot Luka Modric, Toni Kroos and Casemiro.

The midfielder, who is currently preparing to face Denmark in Sunday’s World Cup match, stated that a lack of game time might hinder his development. Mourinho faces competition from other European clubs, including Tottenham, Inter Milan, Juventus and Roma, who are reportedly interested in signing Kovacic.