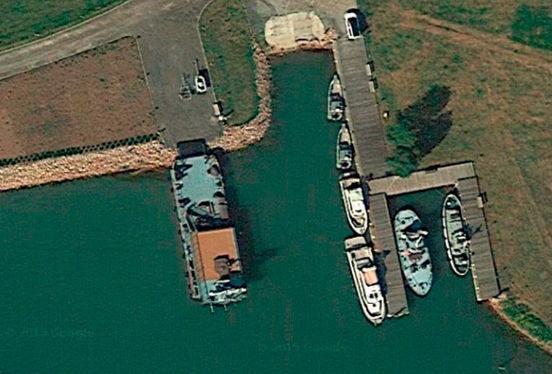 A company dealing in property belonging to a Maltese ‘citizen’ Melnikov Pavel Eduardo was subject to a Police raid in September 2018. According to the Finnish police the official reasons for the raid was part of a money laundering investigation.

Reports are stating that the company was likely to be buying land that was being used for espionage during periods of non-aggression amongst others.

In 2016 the Finnish media outlet Yle reported that it is suspicious that Russians were buying plots of land in Finland. Melnikov holds Russian, Latvian and Maltese citizenship. The New York Times is also hinting that the Maltese citizenship was bought.

On Friday, Yle reported how the new legal representative for the enterprise Airiston Helmi said that his client refused the accusations against him and his business and that the land was bought in a legal manner.

The newspaper reported that the Finnish police conducted the raid on Sakkiluoto one of the private islands that are within Finnish territory that had been bought by Melnikov through Airiston Helmi. The Finnish authorities also inspected 16 other sites that connected to Melnikov and others that linked with him.

Melnikov seem to no longer hold the reins of the company, Airiston Helmi was now headed by an Italian. The company is owned through a number of companies based in tax havens such as the British Virgin Islands.

The lengthy operation involved some 400 people, with 100 people from the National Bureau of Investigations (KRP). The other officers were reportedly tax police, border guards and national defense units.

The Finnish authorities over the weekend declared a no-fly zone over an archipelago of islands where Sakkiluoto is situated, during the raid.

On Sakkiluoto, the authorities found nine piers, a helipad, and a barracks-like residence. The property has a number of security cameras, motion detectors, and no-trespassing sign. The swimming pool is draped in camouflage netting and it is all equipped with satellite dishes.

The KRP had also said that a considerable amount of cash in various currencies was seized during the operation, which also included €3.5 million. Melnikov’s lawyer reportedly told Yle that the money belonged to  Melnikov since he was a successful businessman in Russia.

Maltese Passports Scheme makes it to the Finnish Line

Monique Agius   January 26, 2020
Replying to questions by Newsbook.com.mt, a spokesperson for J Portelli Projects 'absolutely' denied that any false declarations of ownership were filed in relation to the planning application. The spokesperson added that the company would seek to take legal action against anyone who make such claims. She added that: "the declaration of ownership is completely irrelevant to the planning process and we maintain that the declaration as made is valid."

Pope’s Morning for Peace with Bishops of Mediterranean in Bari

Mario Schiavone   January 26, 2020
On February 23, 2020, Pope Francis will spend the morning at Bari, on the Adriatic Coast in Southern Italy, for a “Meeting of Reflection...

‘Let’s stop the drain of public funds’ – MAM on Steward’s...