The Principal Permanent Secretary, Mario Cutajar has released a statement saying that “Melvin Theuma‘s name was not amongst those of persons who had been employed in the Public Service.”

This statement gives people the impression that Melvin Theuma was not telling the truth when he wrote in a letter that Keith Schembri had given him work with the government. 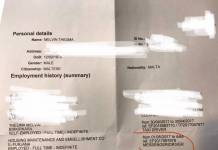 Theuma upped the ante today in Court. He said under oath that he was given work with the Government by Keith Schembri, that he never did any work but that he did receive remuneration.

Theuma has a presidential pardon dependent on him saying the truth, the whole truth and nothing but the truth.

A careful re-reading of the statement by the Principal Permanent Secretary indicates that he was possibly being economical with the truth. The PPS spoke about employment, not about remuneration.

Theuma was interested in the remuneration and not in the technicalities about whether his remuneration was coming from a job with the government or through some other means. 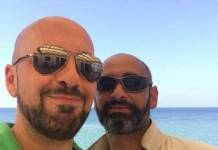 Can the Principal Permanent Secretary come clean and answer a very simple question: Did Melvin Theuma receive or not any remuneration whatever by the government?

If it turns out that Melvin is, as he said, being paid by the government, why did the latter decide to be economical with the truth?