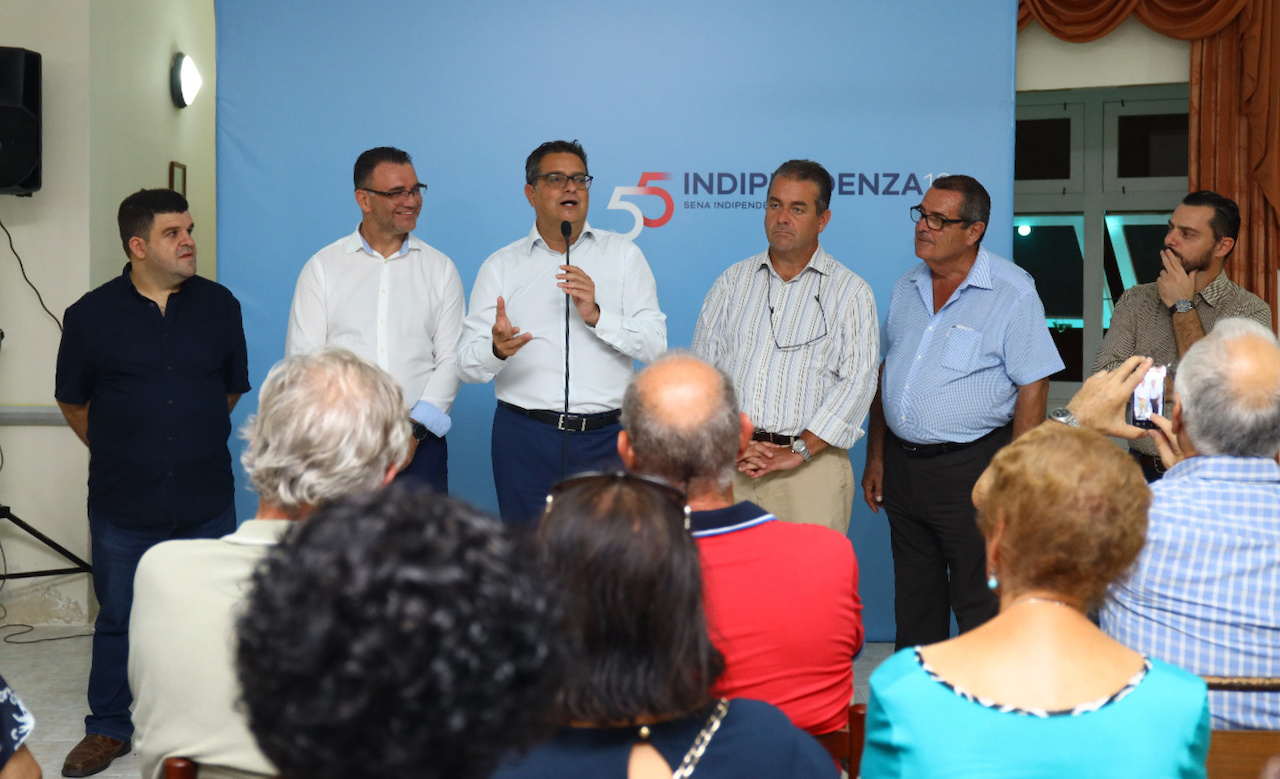 The PN leader said this during a political activity in the eighth electoral district. The activivty is part of the party’s 2019 Independence anniversary celebrations.

According to Delia, during the interview Minister Scicluna stated that every country has money laundering issues and that he will be seriously addressing the problem.

The PN leader added that the government is not interested to safeguard Malta’s reputation.

The Opposition is trying to the destroy financial sector – Government

The Parliamentary Secretariat for Financial Services issued a press release in reaction to Delia’s statements.

The press release stated that Adrian Delia seems to have forgotten that it is the Opposition that is trying to destroy the financial sector thanks to “coordinated damage within the local and international spheres”.

The Secretariat also added that there was an increase of 1,458 jobs in the past two years within the financial sector.

Right of Reply – Ministry for Finance

At a recent meeting the Leader of Opposition was quoted as saying that he was surprised if not shocked to find the Minister for Finance Professor Edward Scicluna telling a senior Sunday Telegraph journalist that money laundering pervades countries world-wide. This gives the impression that this state of fact is known to all who follow the media except the Leader of the Opposition.

However the Leader of the Opposition goes further and says that in the absence of the Minister not telling the journalist what the government was doing to combat money laundering, this tantamounts to irresponsible behavior and harmful to the financial services industry.

The Leader of the Opposition as usual ignores the harm he is doing to his own credibility because he conveniently and maliciously ignores the rest of the interview, where the Minister for Finance gives a blow by blow account of the government strategy and plan in area of Anti-Money Laundering.

This ignored paragraph below is indicative of the myopic view taken by the Leader of the Opposition to a delicate and sensitive subject just to give himself a subject to talk about irrespective of its veracity or relevance and harm to the industry. Most of all he ignores the harm to his reputation and the party he leads.

This quote is from that same interview referred to by the Leader of the Opposition.

“There is a three year plan to ensure that institutionally Malta is up to to scratch, including a restructuring of the Malta Services Authority. In order to address this issue, Minister Scicluna referred to the set up of a new Financial Organised Crime Agency (FOCA) which is being established in order to investigate and prosecute crimes related to money laundering and financial crime: “With advice from the UK Home Office, a new Financial Organised Crime Agency is being established to investigate and prosecute the most serious cases of money laundering and financial crime. Apart from setting up such Agency, the Minister added that there are even more harsher punishments applicable for tax evasion offences: “Criminal penalties for tax evasion are meanwhile being beefed up.”

Through the aforementioned initiatives, it is very evident that unlike what Nationalist leader Adrian Delia is trying to portray, the Government is doing its utmost to address anti-money laundering in order to safeguard Malta’s reputation, strengthen its regulatory institutions and the financial industry as a whole.