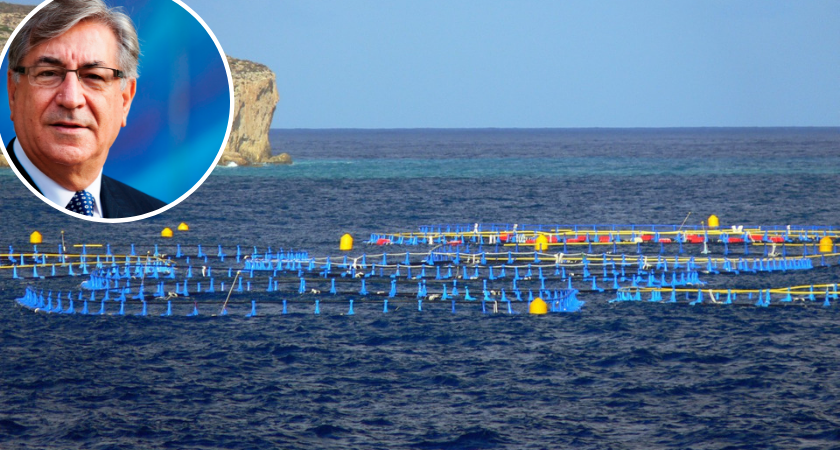 European Commissioner for Fisheries Karmenu Vella has been asked to investigate the possible misuse of European funds, notably from the European Maritime Fisheries Fund (EMFF) by tuna farms operators in the wake of Operation Tarantelo.

Operation Tarantelo was launched by the Spanish Guardia Civil, after it became aware of illegal, unreported and unregulated bluefin tuna fishing. Since the details of the investigations started emerging in the Spanish newspaper El Confidencial, the former Fisheries Director Andreina Fenech Farrugia was removed from her post, after transcripts were published. Fenech Farrugia has denied any wrongdoing.

Since then, it also emerged that a local tuna farm operator is also allegedly involved. The Malta Police have also opened their own investigation as well as a magisterial inquiry led by Gabriella Vella into the tuna racket.

READ: “I have always been professional, ethical and just” – ex-Fisheries DG

The letter which was signed by local NGO fish4tomorrow, World Wildlife Fund (WWF), the Environment Justice Foundation, Client Earth and Oceana (Europe), outlined six points of action to be addressed by the Commission, including the public communication of any types of corrective measures that the Commission has decided to take against Malta or other Member States to avoid the marketing of illegal fish and to improve the Maltese fisheries control system.

In a statement fish4tomorrow stated that an investigation must be carried out into the Department of Fisheries and Aquaculture as well as the Maltese branches of the Ricardo Fuentes e Hijos Group; Mare Blu Tuna Farm Ltd and RF Malta Holding Ltd.

Six points of action outlined by the NGOs

The six points outlined in the letter ask Commissioner Vella to launch an investigation and publicly publish an audit report on the potential malfunctioning of the Maltese fisheries control system and lack of enforcement of existing EU rules, following the report by the National Audit Office which reported of systematic inefficiencies and ineffective practices in the Fisheries Inspection Department in Malta. The report by the NAO cites shortage of staff to carry out the required inspection which goes against the legal obligation with which Member States are bound.

Secondly, the NGOs called on the Commission to publicly communicate the outcomes of the investigations and to disclose the information on the results of the audits which have been recently carried out in several bluefin tuna farms.

The NGOs called on Commissioner Vella to ensure that the Member States involved take immediate enforcement measures as per regulations in relation to the products coming from the suspected farms and the EU nationals involved. Further, the NGOs stated that these products should be blocked and the exports suspended.

Further the NGOs called on the Commission to work with ICCAT (International Commission for the Conservation of Atlantic Tunas) Compliance Committee once the legal procedures are concluded to enforce ICCAT compliance rules that would translate into a deduction from relevant quota allocation in subsequent years which would correspond to any amount of unreported bluefin tuna.

The full letter may be found here.

Operation Tarantelo was launched when the Spanish Guardia Civil became aware of irregularities relating to bluefin tuna fishing in the Mediterranean sea. Through its investigations, the Spanish Authorities established that the fish was being traded illegally in Spain. Bluefin tuna caught in Maltese waters was illegally imported using documents from legal fishing and authorised farms. In wake of media reports, former Fisheries Director Andreina Fenech Farrugia was suspended from her post.

Her suspension came after the Spanish newspaper El Confidencial published transcripts of phone calls between Fenech Farrugia and Jose Fuentes Garcia who owns Mare Blu Tuna Farm Ltd in Malta and is the vice president of the Fuentes group.

READ: Herrera says he did not meet anyone in relation to the tuna quota

Further El Confidencial detailed how another local company, MFF Ltd, allegedly smuggled bluefin tuna into Spain. However the director of the company Giovanni Ellul has categorically denied that his company was involved in the smuggling of bluefin tuna between Malta and Spain with El Confidencial.

According to sources that spoke with Newsbook.com.mt more local operators are under investigation.

Amy Borg   August 12, 2020
Any cash or signed cheques valued €10,000 or more, are to be declared to Customs when travelling to, through and from Malta, as well as other EU countries.