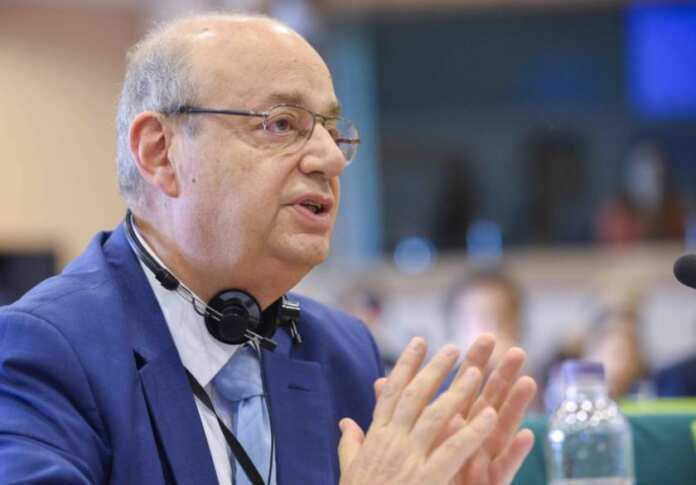 Prevention programmes in schools to address breast cancer risks through healthy dieting and exercise are part of the new proposals by Maltese MEP Francis Zammit Dimech in the continued fight against the ailment. This and other proposals were announced during the MEP’s visit to the Agatha Breast Unit.

In remarks during the visit, Zammit Dimech pointed out that “breast cancer is among the most frequent cancers in Malta with 350 new cases each year,” adding that Maltese professionals have managed an 87% survival rate. Other proposals put forward include increasing empowerment to patients to ask for multi-disciplinary treatment; as well as injecting more investment in the Breast Clinic.

The MEP then reiterated the 12 proposals he already presented including the fruit and vegetable scheme in schools funded by the EU which should be implemented according to specific guidelines asking for fresh and seasonal produce. Another proposal was that “The Government should introduce all provisions of the Law for Healthy Lifestyles to take greater preventive measures.”

In a statement, it was detailed that the MEP stressed the need to tackle obesity, with his proposals having been proposed after consultation with professionals. He praised Malta’s results when it comes to treatment, especially considering the country is currently doing better than France, Belgium, Denmark, Germany, England and Italy. Zammit Dimech also mentioned work with the EP to update a directive reducing women’s exposure to radiation and other cancer causing substances at the workplace.

The PM should do door-to-door visits, says Abela

Jesmond Saliba   February 18, 2020
Today’s four print papers all report on their frontpages developments taking place yesterday in the local courts as the public inquiry on the Daphne Caruana Galizia heard further testimonies on the case.