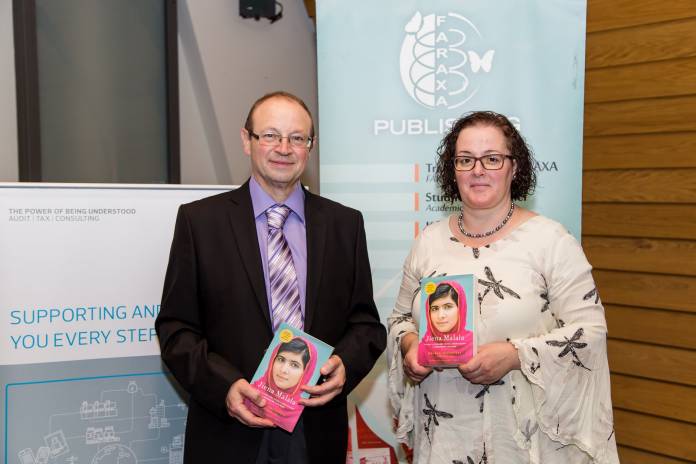 Ellul is the author of a number of poetry books which include, among others, Imħuħ Imħallta (1982); A Poetic Galaxy (1983); Msiebaħ Mediterrani / Lucerne Mediterranée (Antologia Poetica) (1995) and Ilħna ta’ Qalb Imnikkta (Ġabra ta’ Poeżiji) (2008). He is also the author of a number of translations including The Collected Short Stories of Sir Temi Zammit (1995); The Silver Crucifix by Henry Austin Born (1998), as well as other publications such as Maltese Business: the Challenges Ahead with Albert Caruana (1996); Indiċi Ġenerali – Rajt Malta Tinbidel by Herbert Ganado (1999); Glossarju Bilingwali ta’ Termini Kummerċjali Ingliż Malti (2012) and one of his latest and most anticipated translations – Tifkiriet ta’ Tfulija fil-Furjana: Malta fil-Paċi u fil-Gwerra 1930 – 1950 (a Faraxa Publishing publication).

Ellul was recently interviewed by Coryse Borg on her new series ‘Between the Lines’ which shines a light on some of the island’s top local talent in literature. The article will be online on the 2nd October 2019 on Newsbook.com.mt

Watch: “A message of friendship, loyalty, hope and perseverance”

Faraxa Publishing secured the rights to translate ‘I Am Malala’ to Maltese under the title ‘Jiena Malala – It-Tifla li Tkellmet Favur l-Edukazzjoni u Sparawlha t-Taliban’ with the support of the National Literacy Agency and RSM Malta.

“We were thrilled to work with Godwin on such a prestigious publication because his attention to detail, work ethic and his passion for books are immense. ‘I am Malala’ proved a major success worldwide, selling over two million copies as of last year and giving Maltese people the opportunity to read this book in our mother tongue is extremely rewarding and something we are proud of,” said Joanne Micallef, founder of Faraxa Publishing.

Ellul said, “As a translator, I wanted to bring the principles outlined in this book nearer to the heart and mind of local school children. ‘I am Malala’, ‘Jiena Malala – It-Tifla li Tkellmet Favur l-Edukazzjoni u Sparawlha t-Taliban’ is so rich in the principles it outlines that it can easily be used as a resource for educators, highlighting and explaining complex issues of politics, history, religion and human rights and readers of all ages should be inspired by the contents of the book.”

The Faraxa team secured the rights to translate various works by award-winning authors thanks to a strong collaboration with Gallimard, Editions Allbin Michel, RCS Libri, Fireside of Simon & Schuster, Campbell Books and other top brands in publishing. Other translated works will be launched later on this year and during the first quarter of 2020 as part of the ‘Faraxa Translation Series’.

Watch: “Reading and imagination are superpowers”