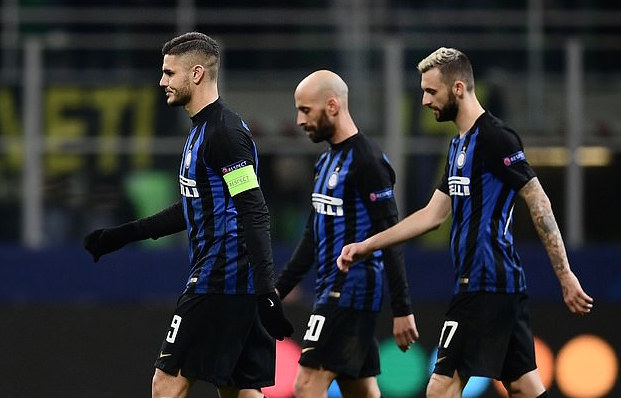 Inter Milan were eliminated from the Champions League after they failed to beat PSV Eindhoven at the San Siro. The Italian side had to beat PSV in order to progress to the round of 16 as Tottenham Hotspurs drew 1-1 against Barcelona.

Hirving Lozano opened the scoring with a header after 13 minutes before Mauro Icardi equalised in the second half. Inter tried desperately to find the winner but could not make it 2-1 against last season’s Eredivisie champions.

Inter Milan’s first season back in the Champions League since 2011-12 ended swiftly as Barcelona and Tottenham Hotspurs qualified from Group B in 1st and 2nd place respectively.