There are insufficient safe shelters for victims of trafficking in both Malta and Italy for those who arrive by sea from Libya, a recently published report has noted.

A recently joint report titled: ‘On this journey, no one care if you live or die’ – Abuse, protection and justice along routes between East and West Africa and Africa’s Mediterranean coast, outlining the violations, refugees and migrants face at every step of the way along the migration routes from East and West Africa and through North Africa, has identified a number of gaps in assistance for survivors. 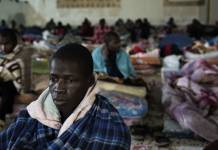 The report identifies the shortage of safe shelters as one of the major challenges. Survivors of serious crimes who have been identified could reside in such safe shelters. The report notes that along the Central Mediterranean migration route there is a shortage.

It mentions Sudan, saying that there are no formal safe shelters in Atbara or Dongola
and only limited capacity shelter in Khartoum, for survivors of abuses. Meanwhile, in Niger there are only plans to build reception for victims of trafficking in Niamey and Agadez, which would provide welcome shelter capacity.

The report also notes that shelter in general for refugees and migrants remains a major challenge.

Refugees and migrants travelling along the Central Mediterranean route face various risks including arbitrary detainment. Sometimes detainment comes with the possibility of subsequent deportation and it includes potential refoulement.

One of the major challenges remains that of identifying survivors, the report notes, adding that people often transit quickly along the route.

The data which has been collected in the report shows that violent crime which targets refugees or migrants occurs in locations where there is conflict, where the presence of the state is reduced or in remote desert areas.

The report notes that with increased enforcement of border controls towards Libya, in some locations smugglers have reportedly adapted to avoid detection.

The need to strengthen the identification of victims of trafficking following disembarkation is also highlighted. The report notes that in Malta victims of trafficking are rarely identified soon after disembarkation. It observes that a comprehensive assessment of individuals’ vulnerabilities may take place months after arrival. One of the reasons cited for such a delay is the limited social work capacity at the reception centres. 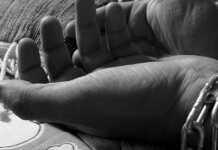 The report notes that access to legal aid for refugee or migrant survivors of abuses is very limited along most of the route. Those travelling along the route in an irregular manner and without the necessary legal permissions to enter may be vulnerable to arrest and deportation. For this reason, they may refrain from reporting crimes to the necessary authorities and may not be able to access necessary medical and other support.

The report notes that in transit countries, the coordination and referral systems between national authorities, humanitarian agencies, and community-based organisations are generally weak on how to best assist survivors.

The joint report was prepared by the Danish Refugee Council through its Mixed Migration Centre (MMC) and UNHCR. The MMC through its collection programme 4Mi collected global data and interviewed more than 10,000 refugees and migrants every year on mixed migration routes across the world.

The report is based on 4Mi data collected by the MCC along the routes from sub-Sahara Africa to and through North Africa in 2018 and 2019.

Background
Watch: “An allegation is sufficient to trigger a police investigation” 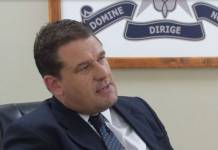