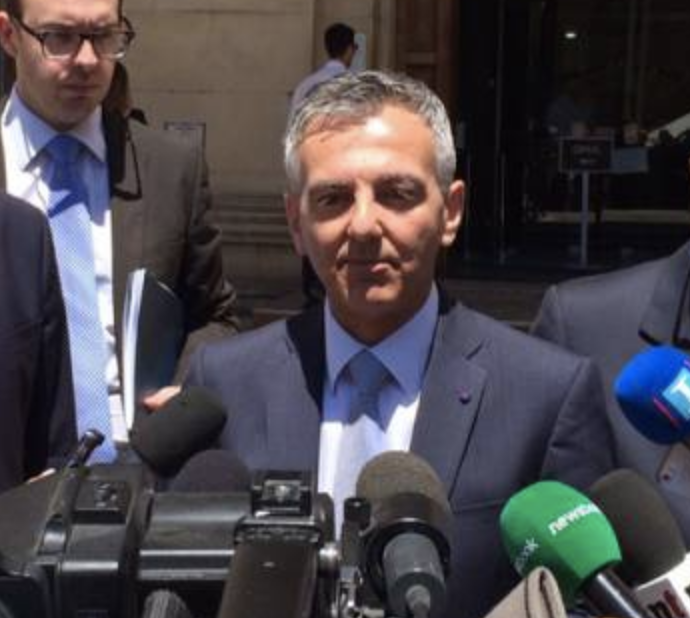 Dr Simon Busuttil, former leader of the Partit Nazzjonalista said that Malta’s institutions had “flagrantly and consistently” failed to act against Konrad Mizzi and Keith Schembri over the three-year period since the Panama Papers leak. He added that what he described as the ‘institutional paralysis’ over the Panama Papers scandal is in breach of Maltese and EU legislation against money laundering.

Friday morning Busuttil presented in Court a 77-page document reiterating his call for an investigation into the allegations arising from the leaked documents.

“Irrefutable evidence of a crime” – Busuttil

The application states that there is irrefutable evidence in the form of paper trails, electronic correspondence and servers in several offices in Malta that crimes were committed. He listed other documents including  Know Your Client (KYC) forms relating to Minister Konrad Mizzi’s and Chief of Staff Keith Schembri’s New Zealand trusts, copies of bearer certificates for Hearnville and Egrant Inc  which give greater credence to a report by the FIAU which concluded  that there are reasonable grounds to suspect that Mizzi committed or attempted to carry out money laundering.

In his petition to the courts Busuttil acknowledged that his previous attempt was not accepted by the courts after  an appeal was  filed by the Prime Minister, by Schembri and by Mizzi, among others. Busuttil notes that his new application is bringing forward facts that were not publicly known in July 2017 when he presented his first request for an inquiry.  He said that at that time the Court did not have access to an e-mail linking 17 Black, owned by power station investor Yorgen Fenech, to Schembri’s and Mizzi’s Panama companies.

The new application by Busuttil refers to the findings by the Auditor General that bidders in the government’s multi-million euro power station project were not treated equally.

Busuttil’s court application states that it was clear that NexiaBT’s managing partner Brian Tonna and its money-laundering reporting officer, Karl Cini, had misled the Financial Intelligence Analysis Unit and failed to pass on Panama Papers correspondence.

Dr Busuttil says that German journalist Bastian Obermayer, who received the Panama Papers leak, is willing to vouch for the authenticity of the e-mails that outed Mr Schembri’s and Dr Mizzi’s plans to receive payments of up to $2 million from 17 Black.

The application is signed by Dr  Jason Azzopardi.

Read on Newsbook.com.mt “How the rich play hide and keep” – Panama Papers film