A carnival float featuring Archbishop Charles Scicluna and a Church residence which has now been banned sparked a debate on censorship and satire. It has been accused of being an insensitive attempt at humour.

The float was intended to link Scicluna, the Vatican’s top sex-abuse investigator, with child abuse. A number of people, including the Archbishop himself came out strongly against the message the float was conveying.

Arts Minister Josè Herrera banned the float from participating in this year’s carnival.

Festivals Malta said that it had warned the carnival company that the design submitted of the float linking Archbishop Charles Scicluna and a Church residence to child abuse “included defamatory aspects”. 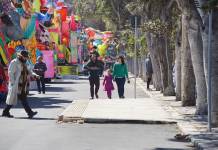 Lawyer Kevin Mompalao was one of those apposed to what the carnival float represented. In a blog post on Newsbook.com.mt, the lawyer said that the person who came up with the float’s concept didn’t think of the pain which will be endured by the victims. He said that although he doesn’t oppose satire, he said that private individuals shouldn’t be portrayed in this manner.

The lawyer said that satire should only involve public figures, otherwise it might be libellous.

“Look, satire is one of our most precious and powerful tools. In a modern democracy, satire is a weapon to be used against those in power and no one should be above satire, least of all the head of the Catholic church in Malta. But, seriously, there is a time and a place for certain kinds of satire, and there is also a responsibility that comes with it.”

“While no one can deny that the Catholic church has been involved in many scandals surrounding child abuse – and each of those should be investigated and those found guilty thrown in jail – using the image of a man who has been asked by the Pope to investigate such matters and who many, both inside and outside of the Church, agree is doing a stellar job, is, quite frankly, lame.”

“The most cruel, tasteless and horrendously insensitive bit of ‘humour’ I have ever come across” – Lou Bondi

Former PBS Presenter Lou Bondi described the float as “the most cruel, tasteless and horrendously insensitive bit of ‘humour’” he ever came across.

In a Facebook post, Bondi said that he was “boiling over with anger” at the thought that someone could even think of making fun of the “excruciating and permanent pain” the children faced.

“Not to mention that this ‘humour’ is also at the expense of Archbishop Scicluna, a man who has done more to throw light on abuse by the clergy than any Catholic on earth,” said Bondi.

Author Immanuel Mifsud said that he was contacted for his reaction about the float by the Times of Malta. He said that he asked the Times journalist if a float featuring Yorgen Fenech would also be censored. Fenech is the owner of 17Black and stands accused of being an accomplice in the murder of Daphne Caruana Galizia. He denies wrongdoing.

Immanuel Mifsud asked whether or not this poster hurts some people’s feelings. He also questioned the use of a child’s silhouette in the poster.

Watch: “I can say all I want as long as I refrain from using foul language”