Rule of law NGO Repubblika expressed its surprise at the inquiry into dead migrants having already been concluded, just within a month.

In a press release issued this afternoon, the NGO stated that it is not normal that such inquiries are concluded in such a short period of time.

The mentioned inquiry deals with the death of 12 migrants in Maltese waters, and the criminal complaints filed by Repubblika against the AFM, Brigadier Jeffrey Curmi and Prime Minister Robert Abela following allegations made by Alarm Phone that the Armed Forces of Malta sabotaged the rubber boat carrying asylum seekers.

A video published by international media shows AFM members providing petrol and a machine for the migrants, telling them to head to Italy, as Malta is too infected with coronavirus to take them in. Italian Home Affairs Minister Luciana Lamorgese has this week asked the Maltese Government for an explanation over the recent stories purportedly showing that the AFM pushed migrants towards Italy when the rescue was in Maltese territorial waters.

The NGO contrasted the time taken for this inquiry to be concluded with other inquiries investigating the actions of certain Maltese politicians, which have been ongoing for well over three years. Meanwhile, this inquiry took only a month to be done. Repubblika noted how proof and witnesses that it recommended be contacted for the inquiry could not have been contacted in such a short span of time.

Prime Minister Robert Abela has asked to be handed a copy of the inquiry, so the NGO is requesting that should he be given a copy, the inquiry should be made public. Once published, Repubblika will make its observations about the inquiry led by Magistrate Joe Mifsud.

It added that it hopes that the Maltese authorities made every effort to ensure that justice be served to the 12 lives lost in Maltese territorial waters. 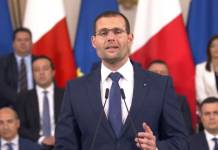