Some 300 nurses who were going to join the healthcare workforce have had their plans cut short after they could not fly out of India due to the lockdown, this was divulged by MUMN President Paul Pace during a press conference on Tuesday afternoon marking International Nurses Day.

The conference which took place respecting social distancing rules, was addressed by Dr Fearne and Malta Union of Midwives and Nurses President Paul Pace. On other occasions, the day would be marked with a series of events aimed at a recruitment drive. During the press conference on Tuesday, both Fearne and Pace encouraged youths to consider taking up the vocation.

The head of the MUMN said that Malta is facing a new challenge, since the United Kingdom is allowing nurses who have one year experience in the Maltese healthcare system can join the British healthcare system. Pace explained that two nurses have left Malta to go and work in Ireland. 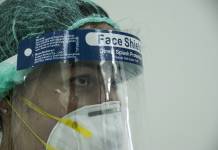 Addressing the press conference, Pace said that some 300 nurses that had to arrive in Malta could not leave the country due to the lockdown in India. The MUMN President highlighted the need for more people to become nurses as medical services offered to patients continue to increase.

Pace mentioned that almost 15% of the healthcare workforce was composed of foreign nationals.

Fielding questions from the media, Dr Fearne explained that once India lifts its travel ban, more nurses are expected to come from India. He referred to a Eurostat figures which showed that the number of nurses employed within the healthcare systems went up through out the years.

On 24 March, the Indian government ordered a nationwide lockdown for 21 days limiting the movement of the entire 1.3 billion population of India as a preventive measure against the outbreak. On 14 April the lockdown was extended until 3 May, with a conditional relaxation after 20 April for the regions where the spread had been contained. It was then extended by a further two weeks until 17 May.