A woman was forced to move out of her home in a Żebbuġ alley last year after the local council refused to act against abusive parking which often made access to her home and garage impossible, a report published by the Office of the Ombudsman shows.

In the latest edition of the Ombudsman’s Case Notes, presented to Parliament today, the Ombudsman notes that the Żebbuġ local council refused to address the matter because it did not wish to limit parking.

And ultimately, the council considered the case closed because the complainant no longer lived there.

The Ombudsman said that the evidence provided by the woman made it clear that abuse was flagrant. The woman had asked the local council to install pillars stopping parking on the sides of the alley, as well as no-parking signage.

When contacted by the Ombudsman, the council initially flagged the issue as one of enforcement, stating that this was the responsibility of the police and local enforcement. The matter was also discussed with Transport Malta, which noted that signage could only be set up at the council’s request.

After five months, TM informed the office that it had instructed the council that according to its policy, no parking should be permitted along such a narrow road. It thus insisted the council should paint yellow lines along both sides and install a number of no parking signs, and follow this up through proper enforcement.

But the council refused to follow suit due to concerns over parking spaces, stating that it would be detrimental to residents who did not own a garage.

Months went on, and the issue remained unresolved. Ultimately, after nearly a year, the woman informed the Ombudsman that due to this inaction, she had been forced to leave her home.

Though the woman had moved out, the Ombudsman noted that the problem persisted, and could affect present and future residents of the alley.

But he also warned that “should access be needed by emergency services these would be severely hampered with dire consequences.”

The Ombudsman thus reiterated that Transport Malta and the Żebbuġ council should rectify the decision “quickly and decisively.”

TM said that it would be organising a transport control meeting in which the local council would be involved, but as explained above, the only decision made was to leave things as they were.

“Since the person that raised the complaint does not live any more at site in question, and also, there are no complaints between the remaining residents of site since there is a mutual agreement between such residents that works fine… there is no need to take any course of action for the time being,” the chairman of the Traffic Control Committee informed the Ombudsman.

“However, Transport Malta required the Local Council to come forward to discuss further towards a solution if there will be a potential complaint by residents.” 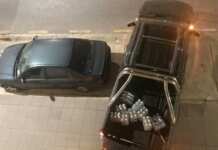