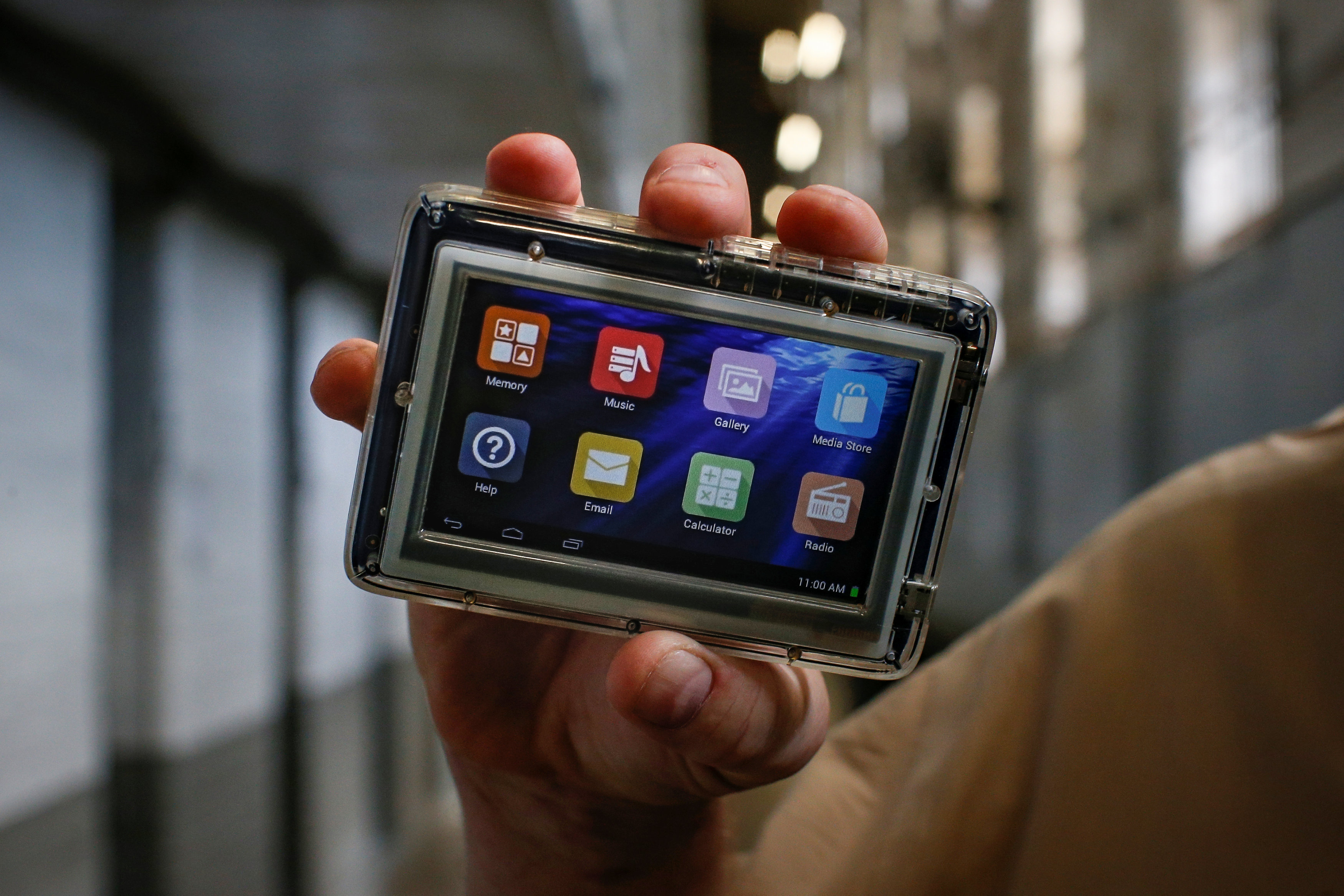 Marvin Worthy, confined to a New Jersey state prison since 2004, cannot watch his son play basketball or visit him in college. But for the past three years, a tablet computer has kept their relationship alive.

Eight years after Apple introduced the iPad, specially designed tablets are reaching thousands of prisoners in state and county lock-ups around the United States. In the last year alone, at least 19 states have made tablets available to inmates, saying they reduce violence while providing education and job training.

“We talk about school, what he does every day,” said Worthy, 37, who is serving the last 13 years of his sentence in East Jersey State Prison in Rahway. A picture of his son on prom night glowed on the small screen in his hands.

The tablets, which are tamper-proof and unable to access the internet, allow inmates to exchange emails with people on an approved list of contacts. But some advocacy groups say their charges are too high and fear they may be used to replace family visits.

“Having tablets to help people in prisons use email and technology is a good thing,” said Caroline Hsu, an attorney at the Prisoners’ Rights Project. “But I’m worried about these services being considered replacements and not additions.”

In some states including Colorado, New York and Virginia, companies provide the tablets for free. But in all cases, inmates have to pay for the services they use, which include email, video calls, and downloads of games, music, movies and books from a limited selection. They can also file prison grievances, access a law library or take job training courses.

All messages are limited in length and screened for security to prevent any unauthorised contact with the outside world.

Two of the big players in the field are Global Tel Link (GTL), a tablet provider based in Reston, Virginia, and Dallas-based Securus Technologies and its JPay unit, which have long sold other prison services such as pay-phone calls and money transfers.

The privately-owned companies design their own tablets and software and sell them to inmates or facilities through contracts with correctional departments.

JPay and GTL told Reuters they factor in the high cost of creating a closed network for emails when setting prices. They said they do not encourage facilities to cut in-person education, visits or physical mail.

About 30 states say they offer tablets to all prisoners, along with numerous county jails. Many say the computers keep inmates occupied, lowering the risk of fighting, while email and video-calling cuts the cost of hiring staff to sort mail or screen visitors.

Tablets are especially useful for inmates whose families are unable to travel to see them, said Brian Peters, a vice president at GTL. And family contact reduces the chance inmates will commit crimes after being released, according to studies from the nonprofit Vera Institute of Justice.

But because many states sign exclusive contracts with one company, tablet providers can freely set prices.

“These vendors have specialised in making money off of people in prison and their families,” said Hsu. “They have a literally captive consumer base.”

She said New York’s contract with JPay, which will provide tablets for some 50,000 prisoners, does not allow prisoners to send free or confidential emails to attorneys. JPay confirmed that was correct.

Each email costs 40 to 50 cents to send, as much as five hours of work for New York inmates, according to 2017 data from the nonprofit Prison Policy Initiative.

“This is just a means to monetize human contact,” said Paul Wright, executive director of the Human Rights Defense Center, a nonprofit that campaigns on behalf of prisoner rights.

Ignacio Rodriguez, 32, who has been incarcerated at East Jersey State Prison since 2014, said he had to choose “between writing emails and purchasing food or other essentials from the commissary.”

“At times the cost can be a burden,” he said.

Watch: Help students participate in a robotics competition in Dubai