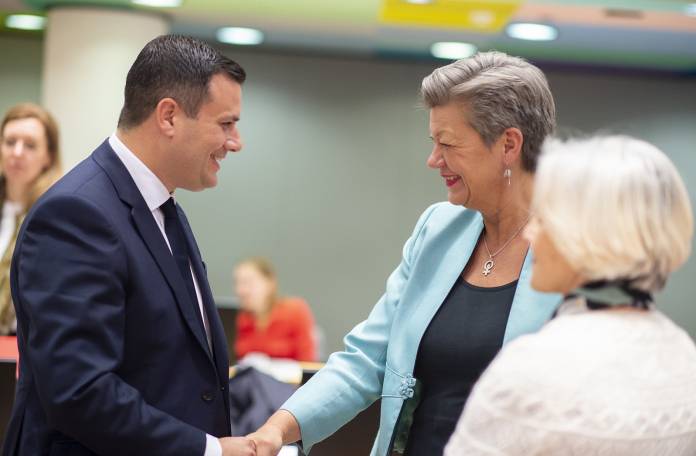 European Union countries offered more money on Wednesday for border policing in Greece and humanitarian aid in Syria’s Idlib, but they were in a bind over Turkey as they sought to avert a mass influx of migrants.

EU interior ministers met in Brussels on Wednesday for emergency talks, to be followed by foreign ministers on Thursday and Friday, as some 25,000 refugees and migrants gather on the Greek border, seeking to cross into Europe.

That came after Turkey – citing the latest fighting in Syria – backed away from a 2016 deal with the EU to keep refugees and migrants away from Europe.

In his intervention, Minister Camilleri conveyed Malta’s solidarity to Greece and the Greek authorities at this difficult time. “We cannot continue to work by crisis management. We must now deal effectively with what is happening in Greece but also ensure that we do not let the situation deteriorate to the extent in any other EU member state,” stated the Minister.

Minister Camilleri maintained that the European Union must strengthen its borders and return capabilities to prevent and better respond to similar situations. He said that it is unacceptable that unscrupulous migrant smugglers are given the chance to decide over who is to enter the European Union. The Malta Declaration adopted in 2017 called for simultaneous action on multiple fronts for the EU to protect its external borders.

In a joint statement, EU ministers recognised “the increased migratory burden and risks Turkey is facing” but also denounced “Turkey’s use of migratory pressure for political purposes.”

“This situation at EU’s external borders is not acceptable,” they said, in calling on Ankara to stick to the 2016 pact.

“The right to asylum does not mean that Erdogan can send how many migrants he wants into the European Union,” EU Home Affairs Commissioner Ylva Johansson told journalists on Wednesday.

The Justice and Home Affairs Council will meet on 13th March to further develop the EU’s response to needs expressed by Greece.