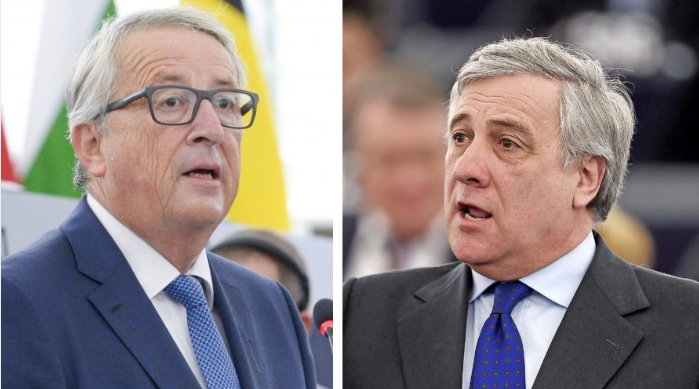 European Parliament President Antonio Tajani has called on Commission President Jean Claude Juncker to come up with a strong solution on immigration. Speaking ahead of Wednesday’s much anticipated SOTEU, State of the Union address, Tajani said that he expected Juncker to define a clear strategy to solve the immigration problem.

Newsbook.com.mt asked Tajani to comment on the situation between Malta and Italy but Tajani declined to enter the fray between two member states.

Immigration is expected to be a major issue in Juncker’s SOTEU address on Wednesday. However, close observers of EU affairs have indicated that Juncker may also be proposing a more tightly-knit EU on foreign policy, even to the extent of asking member states to relinquish their veto on identified matters. The observers commented that this was possibly a move to make China’s infiltration into EU politics more difficult. Another Element which seems to be set for inclusion is a push by the EU towards a more ‘continent to continent’ trade and relations with Africa. This policy is being backed by the EPP in an effort to stem and possibly halt the tide of economic migration from African countries.

Reuters   March 30, 2020
Lockdowns and stringent measures in place in Italy for the past two weeks should lead soon to a stabilisation in its coronavirus epidemic, but vigilant follow-up will be required, a senior official of the World Health Organization (WHO) said on Monday.