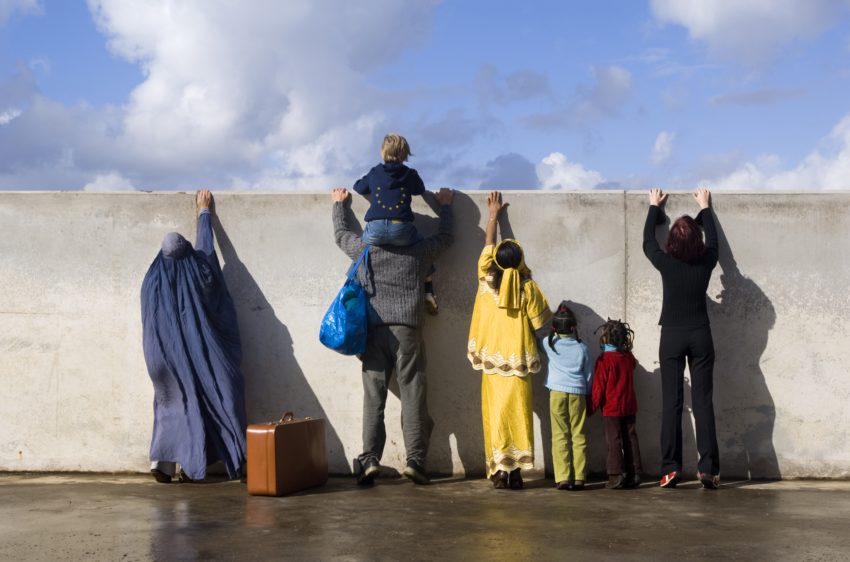 One man’s meat is another man’s poison. Or woman, in this case. German Chancellor Angela Merkel has managed to pull Germany back from the brink of a full blown crisis through persuading the European Member States into issuing a final declaration which, effectively reinforces the Dublin Agreement. Observers in Brussels said to Newsbook.com.mt that ‘No-one wants Merkel to fail; it is in no one’s interest to have a weak Germany’. To this end there was no doubt among the Brussels insiders that some sort of deal on immigration which will enable Merkel to keep afloat, would actually be struck. And so it was that the European council resolutions were finalized.

Who will bell the proverbial cat?

“As usual, the conclusions of the European Council are vague enough to enable interpretation by the Member States. It is clear that the Council wanted to make a statement on immigration which satisfied the needs of all members. The nub of the matter will be in the how these promises and obligations will be implemented” said former EU Commissioner Tonio Borg to Newsbook.com.mt. Professor Roderick Pace, EU specialist concurred “…the EU has still not answered one of the core issues at the heart of the migrant crisis: how and in what manner can responsibility for the migrants arriving on the EU’s shores be shared fairly by the member states on the basis of legally enforceable criteria? How can the EU avoid the trap of the Dublin Regulation that the member state where the immigrant launches the takes responsibility for them.”

A case in point is Article 6 which says: ‘On EU territory, those who are saved, according to international law, should be taken charge of, on the basis of a shared effort, through the transfer in controlled centres set up in Member States, only on a voluntary basis, where rapid and secure processing would allow, with full EU support, to distinguish between irregular migrants, who will be returned, and those in need of international protection, for whom the principle of solidarity would apply. All the measures in the context of these controlled centres, including relocation and resettlement, will be on a voluntary basis, without prejudice to the Dublin reform.”

So when migrants are disembarked in an EU port what happens? Dr Borg said that the setting up of centres in the Member States to process asylum applications on a voluntary basis, had already been proposed for the North African Countries. “These, all, refused this proposal as they feared becoming a pull factor for migrants” observed Tonio Borg. He expressed the opinion that it is likely that something similar will happen in the Member States. Also, these proposed centers make sense only if those granted asylum will then be distributed among the Member states, something which is patently unclear in the final document. Pace puts it more succinctly: “. Everything depends on good will, political expediency and member states’ interests. Nothing binding.”

A black cloud on Schengen

Dr Peter Agius, former head of the office of the EU Parliament in Malta was skeptical in an opinion expressed in a facebook post. “One step forward and three backwards” he commented. “In the EU council this week, Malta signed her name to obstruct freedom of movement within the Union for migrants. The EU, born out of a spirit of solidarity and butden-sharing, is warning us not to let immigrants leave Malta – or else!” wrote Agius.

Indeed, Article 11 of the final document, enables the member states to ‘…take all necessary internal legislative and administrative measures to counter such movements’.  Tonio Borg: “…this is against all that Italy, Greece and Malta have been saying. They have been harping for years that the Dublin Regulations should be changed. The Dublin Regulations place the responsibility for the migrants squarely on the shoulders of the processing county. This article decreases the chance for the Dublin Regulations to be changed.” Indeed, Borg expressed the opinion that this article seriously undermines the Schengen agreement for free movement of people. “But”, said Professor Pace, “ that would spell the end of Schengen. The cost of closing Schengen is much bigger than the presumed benefits of preventing migration. So how will the EU square the circle”

Observers of the international scene were quick to point out to Newsbook.com.mt that all it will take is for Salvini to invoke Article 11 and no longer accept the temporary travel documents issued for bona fide migrants by the Maltese government. The voluntary nature of the acceptance of migrants, in effect, negates any practical burden sharing. In spite of this, Italian PM Giuseppe Conte expressed himself satisfied “We are satisfied. It was a long negotiation but from today Italy is no longer alone.” Maltese PM Joseph Muscat was more cautious, saying in a comment to TVM that “You cannot close the door completely to these people but it has to be balanced. It cannot be one country taking all the weight of such issue.” All in all, concluded Prof Pace “…the latest Council meeting provides no real evidence of progress, not even an incremental one, toward changing the current migration regime.”