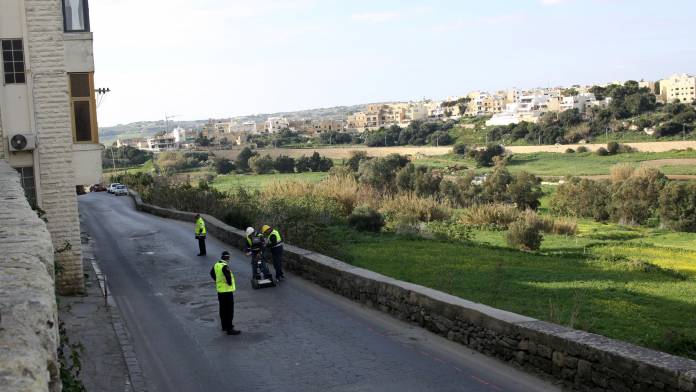 Infrastructure Malta has announced the start of works on the reconstruction of Għeriexem Road in Rabat, a project which will include a controversial belvedere which will extend over the adjacent valley. 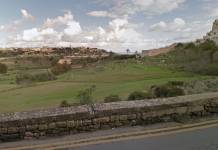 The road skirts the northern edge of Rabat’s built-up area from the Domus Romana to St Rita Street, overlooking Wied ta’ Ġnien Ħira, the valley separating Rabat from Mtarfa. The planned works will also extend into Triq it-Tabija, which is a direct continuation of Għeriexem Road.

Over the years, the road – which geotechnical investigations confirmed is built on layers of weak fractured rock – has been gradually sinking along the side of the valley. This process is not only damaging the road itself, but also nearby buildings, some of which are believe to be in danger of collapsing.

IM also noted that its old retaining wall is cracked and irregularly distorted, showing that It was being pushed outwards by the movement of the infill material beneath the road. The seeping of rainwater through the cracks creates further pressure.

The project is estimated to cost some €4 million.

2,000sqm of ODZ land taken up for belvedere, parking

The Rabat local council has long called for the road to be reconstructed, and this in itself does not appear to be a source of controversy. However, the plans also foresee widening the road to provide parking spaces and to create a belvedere, requiring the take-up of some 2,000sqm of land outside the development zone. A number of trees – including one of the oldest and largest fig trees in the country – are set to be lost.

Following an appeal by Moviment Graffitti, more than 1,100 people objected to the project, citing environmental concerns as well as fears that the works would disturb an archaeologically-sensitive area.

The project was ultimately approved by the Planning Authority board by 7 votes to 3 earlier this month, with Environment & Resources Authority chairman Victor Axiak, NGO representative Annick Bonello and Gilmour Camilleri voting against.

IM insisted that it was rushing through the works to ensure that most of the underground excavation works could be completed during the dry season, noting that the accumulation of rainwater during excavation works risked accelerating the deterioration of the road.

The agency also said that preparatory archaeological excavations have started this week, with archaeologists approved by the Superintendence of Cultural Heritage supervising the digging of trial pits to survey the area. Based on these surveys, IM said, the SCH will determine the method of excavation and pile coring required to safeguard any buried archaeological remains.