In the past three months, Vince Muscat known as il-Koħħu has spent ‘several’ hours ‘singing’ to the police. In the jargon of the criminal underworld, singing has less to do with lyrics and more with spilling the beans. Sources have told Newsbook.com.mt that il-Koħħu has been talking to police officers investigating the assassination of Daphne Caruana Galizia. Highly placed sources told Newsbook.com.mt that Muscat did not only give information about the assassination of Caruana Galizia but gave information about many as yet unsolved cases, including murders and armed robberies.

The information that the investigators garnered from these interviews was passed on to the Office of the Attorney General who, as yet, has not given his opinion on how to proceed with the plea of Muscat.

Muscat (Il-Koħħu), who together with the Degiorgio brothers is being accused of the murder of Caruana Galizia, last December wrote to President George Vella asking him for a presidential pardon in exchange of information about several cases. This was the second time that Muscat had asked for pardon. 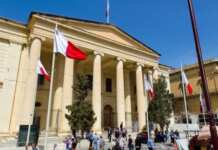 Daphne’s murder: One of the suspects offered a reduced sentence – report 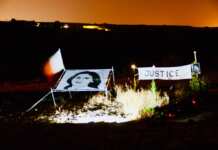 The same sources said that Muscat is revealing some facts but keeping his cards close to his chest about other facts. He is not, our highly placed sources told us, mentioning names. He just says ‘Person 1” or “Person 2” etc. but also gives some indication about background.

When Newsbook.com,mt asked whether Muscat’s veiled descriptions hinted at persons with political background or affiliation, our sources neither confirmed nor denied. They just said “no comment’.

Newsbook.com.mt is informed that in such cases the investigators then try to verify the credibility of the information that was passed on to them. This newsroom is also informed that the result of the conversations with Muscat were passed on to the Office of the Attorney General for its advice. As far as this newsroom could check the Attorney General is still to give his advice.

Muscat had communicated with the President through his lawyer Dr Marc Sant. Sant pointed out that his client had provided the police with information dating back to April 2018. Back then Muscat had spoken to the chief prosecuting officer Insp. Keith Arnaud and provided information that, according to Dr Sant, was both crucial and substantial. The claim was that Muscat revelations included the name of middleman Melvin Theuma, who, later on, was given a presidential pardon.

In November 2019 Reuters reported that Vince Muscat’s wife, Pauline, told them that “It’s a complete injustice that Theuma should give evidence against Vince when Vince was the one that led police to him and helped solve this case. He is the one who should be pardoned, not Melvin.”

Reuters lifted the lid on the information Muscat passed on to the police. According to Reuters Muscat had told the investigators that he and the Degiorgio brothers were paid €150,000 to carry out the assassination.

Muscat feared for his life

In October 2019 Newsbook.com.mt reported that Muscat was fearing for his life as a result of his revelations to the police.  Special security precautions were taken to protect him in the Corradino Corrective Facility.

Muscat’s contacts with the police were not successful to get him a pardon or a negotiated sentence. It still has to be seen whether the ‘hours long’ interviews held in the last three months will lead to any developments.