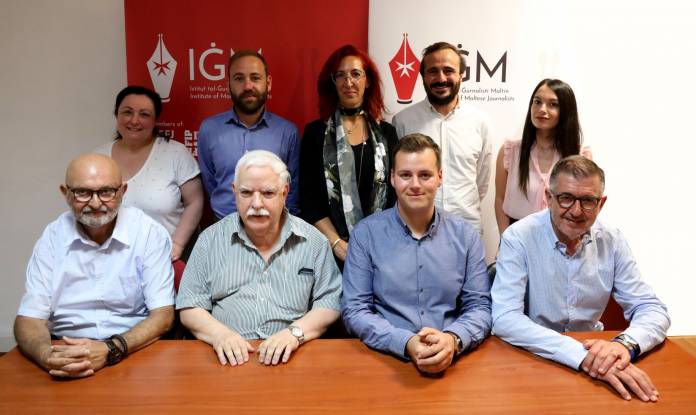 The Institute of Maltese Journalists (IĠM) has requested an urgent meeting with the government to determine how local newsrooms may best be protected against threats such as SLAPP actions.

SLAPP stands for strategic lawsuit against public participation, and is used to describe legal actions filed to force critics to mount costly legal defences in a bid to intimidate them into submission. Often, plaintiffs do not even expect their action to be successful.

IĠM has requested the urgent meeting after a number of Maltese newsrooms received threatening legal letters and requests for compensation by Turab Musayev, the Azerbaijani-British national who is Socar’s head of LNG Trading. On behalf of Musayev, British law firm Atkins Thomson, which describes itself as a “media, litigation and reputation management firm,” sent legal letters to the Times of Malta, MaltaToday, the Malta Independent, Lovin Malta and The Shift News between May and June.

Musayev was named by Reuters as an owner of Cifidex, a company involved in the controversial Montenegro windfarm deal involving Enemalta. He was also cited in court testimony regarding the public inquiry into the assassination of Daphne Caruana Galizia, and the IĠM is adamant that such reporting should be protected from legal action.

“These threats are unacceptable in any self-respecting democracy and the IĠM requests an immediate and urgent meeting with the minister to see how democracy can be safeguarded,” IĠM’s incoming president and Newsbook.com.mt editor-in-chief Sylvana Debono maintained.

She said that government had a unique opportunity to back freedom of speech, insisting that SLAPP threats “will not intimidate Maltese journalists from continuing to seek truth and justice on a number of corruption cases, the recent high-profile scandals in Malta and the assassination of journalist Daphne Caruana Galizia.”

Debono welcomed the fact that Maltese newsrooms have joined forces, “united by the value of integrity and the right to freedom of expression, to fight any legal threats that aim to silence or intimidate it. Threatening media organisations with international lawsuits is not the way to engage with journalists or provide an explanation and will be actively fought with all our combined strength.”

Meanwhile, Moviment Graffitti has added its voice to that of the IGM also calling for anti-SLAPP legislation and asking government to take action.